Earlier this week, Microsoft launched previews of Office 2016 for Windows and Skype for Business, but the Skype news didn’t end there. The Microsoft-owned company today detailed its plans for the next year: enterprise voice and new meetings devices.

Skype for Business will offer enterprise voice in Office 365 with PSTN calling and conferencing. The functionality will first become available as a technical preview in the U.S. this summer. 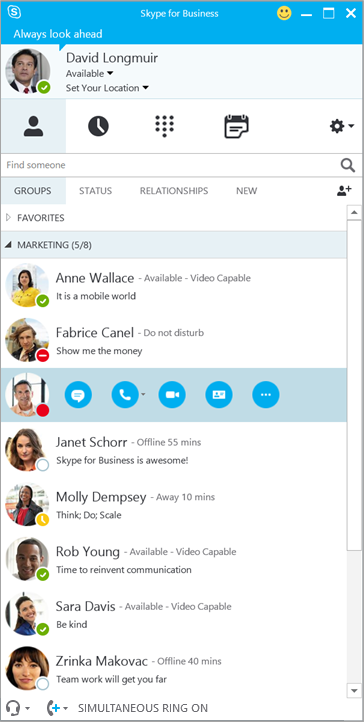 Office 365 users will thus be able to leverage Skype for all their written, audio, and video conversations. “The Office 365 Skype for Business voice and video services are based on an intelligent real time network, spanning Microsoft’s global data centers, to deliver secure, high quality voice and video traffic at the speed of light across the globe,” Microsoft explained.

In other words, Microsoft is looking to enhance its cloud offering with real-time communications; Skype for Business will be available via Office 365 data centers in 37 countries. Cloud plus on-premises hybrid options will let enterprises rely on Microsoft’s cloud when they need it without having to give up what they already manage on-premises.

Next up, Microsoft is also hoping to push “a rich portfolio” of meeting devices specifically built for, and integrated with, Skype for Business. Called Skype Room Systems, which all Lync Rooms Systems devices can upgrade to, the push will deliver the Skype for Business experience to the broader business market, which the company estimates at more than 50 million meeting spaces worldwide.

Microsoft’s partners Crestron, Polycom, and Smart will release a range of Skype Room Systems devices, which will be built on a platform based on Windows 10. These new products will be available for customers “in the Windows 10 timeframe” (translation: this summer or a bit later).

The Polycom partnership is worth expanding on, since the company has already announced a new series called Polycom RoundTable. These devices will be built specifically for Skype for Business; the RoundTable 100 will be the first, designed for small-to-midsize businesses and teams, and offered for around $1,000.

Partners aside, Microsoft is working on making sure Microsoft Surface Hub works with Skype for Business. This 84-inch 4K display doesn’t have a price tag yet, but given that it is designed specifically for meetings, it’s no surprise it will handle everything the Lync replacement brings to the meeting table.