I complained a little while ago about how there aren’t enough government-funded incubators and accelerators for game studios in the United States. The folks at GameFounders liked that story, since they’re running one of these accelerators in Talinn, Estonia, for any game entrepreneurs who will travel to their country.

Started in 2012, GameFounders has funding from Enterprise Estonia. It invests a small amount of money in teams that agree to move to Estonia for the three months of the program. Since then, GameFounders has trained more than 30 companies. And GameFounders is also launching a new hub in Asia. The new location will be in Malaysia. The idea is to stoke the talent in both Europe and Asia, and have those people learn from each other through cross-pollination.

I met with GameFounders cofounders Kadri Ugand and Paul Bragiel at the recent Game Developers Conference in San Francisco. 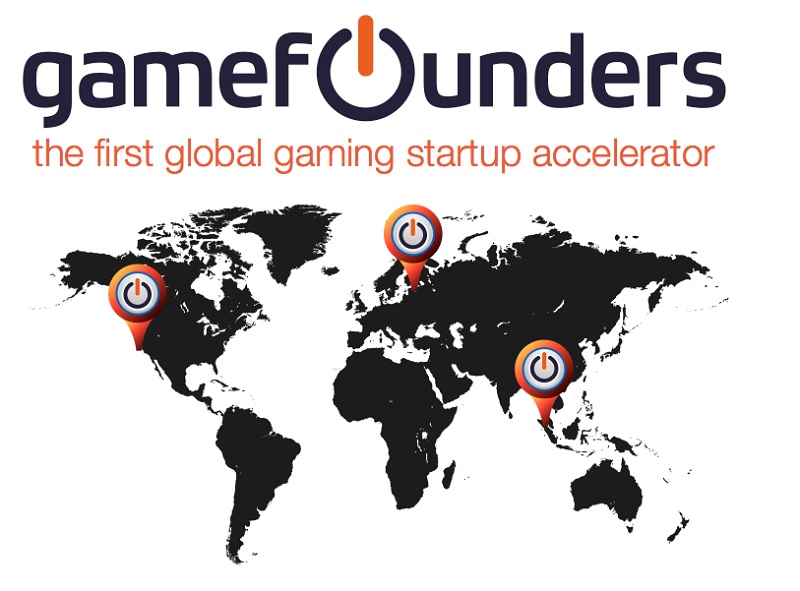 GamesBeat: Is your focus on any particular country right now?

Kadri Ugand: Our focus has never been on any one country. So far we have applications from 67 countries. We’ve invested in teams in almost 20 countries. In that sense location doesn’t matter for us. But with the Asian expansion, it’s more about expanding our investor network and partner network. I’m sure that you’ve seen as well, at the western conferences in the last few years, there are so many Asian publishers and Asian investors popping up and trying to find something. We’re building a bridge, because game studios all over the world are reaching out to us. We can help other partners, because we only get to work with a fraction of them.

GamesBeat: The only thing I heard about Malaysia recently was when the PlayPhone guys moved into the market. They said the over-the-air bandwidth was so thin that they had to optimize their app to be the fastest-loading store. The whole mission was to get a store that loaded faster than anyone else’s. It sounds like a very different market.

Ugand: Yeah, but Estonia was as well. Nobody had even heard of Estonia before we started there. Now everyone in Europe knows that Game Founders is from Estonia. In that sense, for our model to work, we need an ecosystem where the industry isn’t structured yet. If we were to do the same thing we’re doing in Helsinki, it wouldn’t make sense. There are mentors in every corner. We can’t add value. But in countries like Estonia or Malaysia, we can add value not only in the country, but in the region.

Paul Bragiel: A lot of people have not been to these countries before. It’s a great excuse to get some amazing mentors to come out. We’ve had some quite big names come out where normally they wouldn’t show up. If they’ve been to a given country five times in the last year, they don’t care. But if you give them an excuse to hang out for a week somewhere new, they show up. It’s impressive. We’ll have guys from the United States flying over, from Japan. The Mixi founders are our friends. They’re coming out. We’re pretty excited.

Ugand: It was difficult to get them to come to Estonia, but Malaysia is so much easier. Opening a hub in Asia can help our startups that we’re working with in Europe. It’s not just that we’re expanding, but we’re bringing the whole game to a new level. 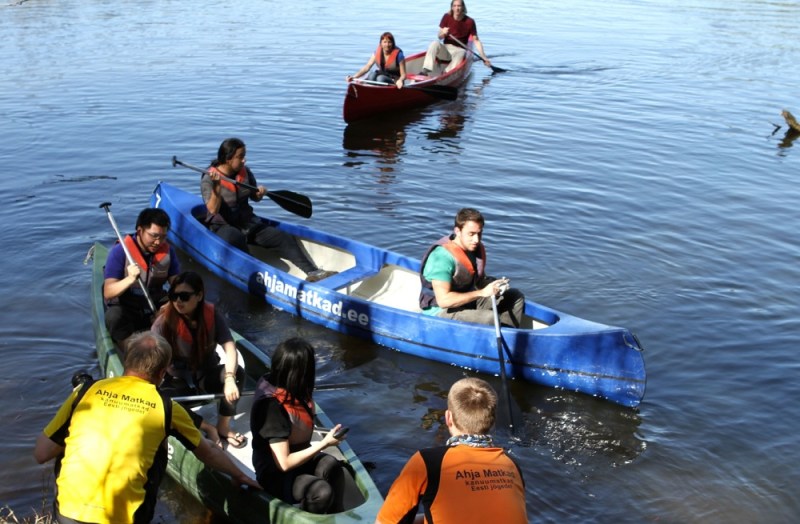 Above: Bonding among game developers in GameFounders’ fourth class in Estonia.

GamesBeat: Do you think there’s a longer-term roadmap for opening more hubs?

Ugand: What we see right now is that it would be good to have one hub in Europe, one hub in Asia, and one hub in the U.S. Probably not San Francisco, but another odd place. That way we can be around all the time and build the best mentor network and the best partner network. But obviously right now our focus is on Asia and getting that running properly.

Bragiel: We want to go to a kind of nascent place, where we can put our fingers in everything and mold it the way we want to. If you go somewhere established, you play by other people’s rules. I like to make my own rules.

Ugand: When we started in Estonia there were less than 10 game companies. Now there are more than 30. More than half of them have had foreign co-founders or employees. All the people we bring in, they leave some sort of mark, so the industry is growing. Next to our accelerator program, we run a lot of events for the local teams. We’ve opened up some of our seminars. We do conferences and game jams. We obviously have an effect. Now we have to try to make it bigger.

GamesBeat: I wonder what the right filter is for getting really good game companies created in an area. Do you need just one accelerator or incubator into the Nordics? Do you need one in each country? I wonder how many the U.S. actually should have. We have a lot of for-profit incubators.

Ugand: There are lots of different initiatives. The more global their reach, the better results they bring. If it’s only attached to a university, only working with the students of that university, it might not create the synergy it could if it were to open up.

One of the things we did last year was that we reached out to all the game accelerators we know and we started this network called Game Initiative. We did a survey and a one-day event. Developers came from Finland, Sweden, Lithuania, Georgia, all over and talked about what they’re doing, the elements of their program. We exchanged information. That’s never happened before. What we saw was that the more international and open they are, the greater the impact. The ones that are working in schools don’t have that much connection with the industry, too. The closer they are to the industry, the better the practical skills people will pick up.