I like role-playing games. I also like puzzle games. And I like SwapQuest, the clever iPad game that mashes the two genres into a beautiful 8-bit adventure.

You’ve heard SwapQuest’s story before, probably a dozen or more times. An unlikely hero has to save the kingdom from a dark evil spreading across the land. From that well-worn starting point, though, things get interesting.

Your pick a hero — Wilbert or Wilma — pick a class, and traverse the screen using the pathways that you create by switching up tiles. Your hero keeps on moving along the paths until they hit a dead end and turn around.

You can collect jewels, level up, buy gear, fight enemies, and defeat bosses. All the cool stuff you get in role-playing games, only with an added puzzle element.

I was a little concerned that I might tire of the tile-swapping mechanic after a while. But SwapQuest threw enough magic and cuteness at me during its five-and-a-half-hour campaign to justify curling up on the sofa and soaking it all up. Above: This water level is fantastic. It even comes with little pirate ships to fight.

It’s made with love

You can feel the care and attention that went into SwapQuest right from the start screen until the credits finish rolling. It’s clearly a labor of love.

Little touches like your character’s tiny footprints in the snow, the glowing lights that keep your hero warm in the dark, and the hazy mirages in the desert all quietly showcase the developer’s care and craft.

Clever shifts in the level design appear as you move from open plains to ravaged towns, crystal-lit caves, and icy mountains. Interacting with the environment often reveals little secrets that hold the key to success, so don’t be afraid to tap.

The soundtrack is awesome

My kids often play video games with the sound turned right down, and it drives me mad. “You should really listen to the music,” I say in vain.

If you played SwapQuest with the sound off, you’d really be missing out. The soundtrack is an absolute joy. It helps take you on your epic — yet tiny — journey. Each environment gets its own theme, and they all fit just so.

The tile-swapping mechanic in SwapQuest reminded me a little of the classic puzzle game Pipe Mania, but even more of the treasure-hunting board game, Labyrinth. As I played, I got absorbed in the act of switching around paths, and later in the game I became pretty adept at quickly putting together a route for Wilbert to traverse. 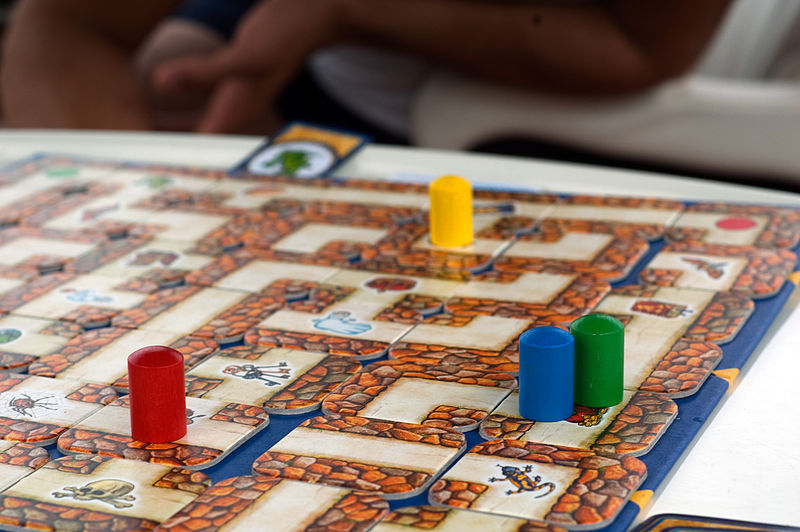 Above: This isn’t SwapQuest. It’s a really neat board game called Labyrinth.

The first act was kind of easy — beating enemies was a breeze early on, so I didn’t ever avoid them — and those early levels were quite relaxing to play through. The boss battles and second act were tougher, though, especially when I needed to grab certain key items in a hurry. Getting the right path built quickly under that kind of pressure felt great.

With five different classes — noble, rogue, trickster, acolyte, and fighter — each with their own special powers, SwapQuest is a game you’ll likely want to play through more than once.

It also has some smaller puzzle levels and an endless mode, which is basically a high-score challenge set across either a random or preordained sequence of levels. Above: Oh, man. Wilbert feels warm inside. Why does that make me so happy?

Your hero is really dumb

I’m used to making decisions for characters in games. These guys really needed leading by the hand, though.

All the battles in SwapQuest are automated, You just point your hero in the right direction and hope for the best. Usually that works out fine, but at times — especially when battling a boss — your tiny hero can get into all kinds of trouble. A couple of times Wilbert ran headlong into a boss instead of hitting it with his sword.

The heroes also really struggle with junctions. It only takes the sniff of an alternative route for them to stop and wait for further orders, even if one path leads to a dead end. It’s a little frustrating at times, but I guess that’s the nature of the game. 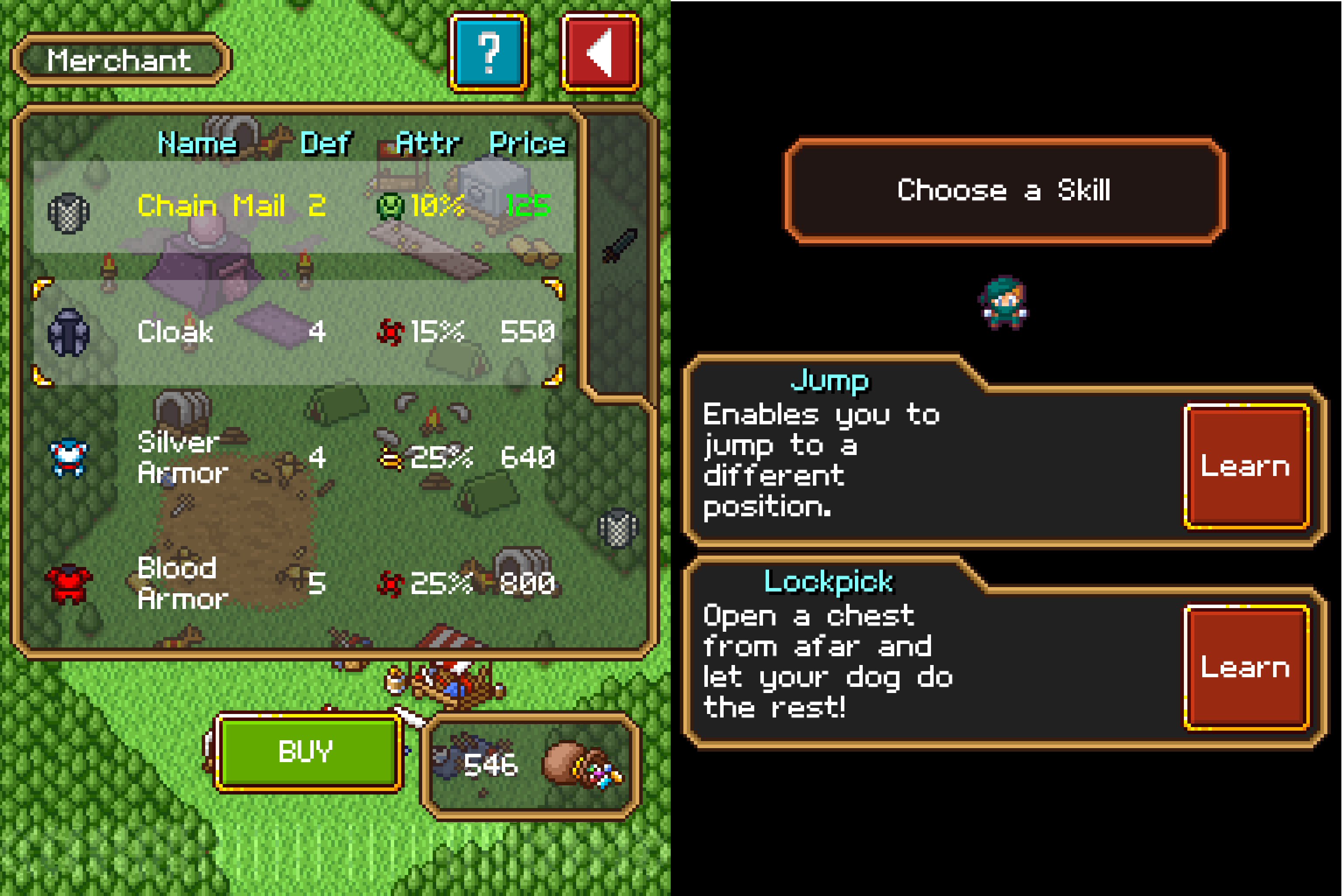 Above: Levelling up is important if you want to succeed in SwapQuest.

You mean there’s a bank!?

I’m all for a bit of mystery in games, but SwapQuest holds onto some of its secrets too tightly. I lost thousands of jewels by dying in battle before I finally realized that there’s a bank where you can stash your earnings.

Likewise, I’m still at a bit of a loss as to what all the little icons stand for next to my weapons and armor. I think one’s to do with poison and I’m guessing a couple of others relate to fire and electricity. But I really shouldn’t have to guess at that.

With Nintendo just announcing that it’s getting into mobile games, it’s kind of ironic that SwapQuest has appeared on the scene, with its early-Legend of Zelda influences. With its clever mix of retro and modern, it’s the sort of mobile game I’d love to see from the big N.

Rebusmind deserves a lot of credit for the attention to detail in SwapQuest. It’s full of neat little touches and moments that’ll make you smile and want to keep on playing.

SwapQuest released March 19 on iPad. The developer provided GamesBeat with a digital code of the game for the purposes of this review.