It’s time to choose the form of Nintendo’s next piece of hardware.

Nintendo rocked the games industry Tuesday morning with the announcement that it’ll make mobile apps and partner with DeNA, and while that is huge, the company also revealed it is working on a new gaming platform. In a presentation, chief executive officer Satoru Iwata didn’t say much about what this new gaming console really is.

“As proof that Nintendo maintains strong enthusiasm for the dedicated game system business, let me confirm that Nintendo is currently developing a dedicated game platform with a brand-new concept under the development codename ‘NX,’ said Iwata. “It is too early to elaborate on the details of this project, but we hope to share more information with you next year.”

Well, we’re not the patient type. We have some pretty good (and terrible) ideas about what this NX will turn out to be, and we’re ready to share them with you.

Nintendo has never done easy. With its history of proprietary game formats, new control types, strange hybrids, and more, it’s still hard for me to swallow that it will be fine with releasing mobile games with a boring, standard touchscreen interface.

Given that Nintendo is now quite familiar with touchscreens through its work with the DS, 3DS, and Wii U, I’d love to see the control-plus-touchscreen tradition live on. But the NX will reflect Nintendo’s pivot toward mobile, which will have it looking more like a phone or a phablet. It’ll be pocketable, rechargeable, and will feature cellular access. A companion dock or set-top box will enable the portable to stream games and other content to televisions. Its innards will look a lot like those of a high-end mobile phone, with a GPU that will be able to hit Xbox 360 levels of graphical fidelity. 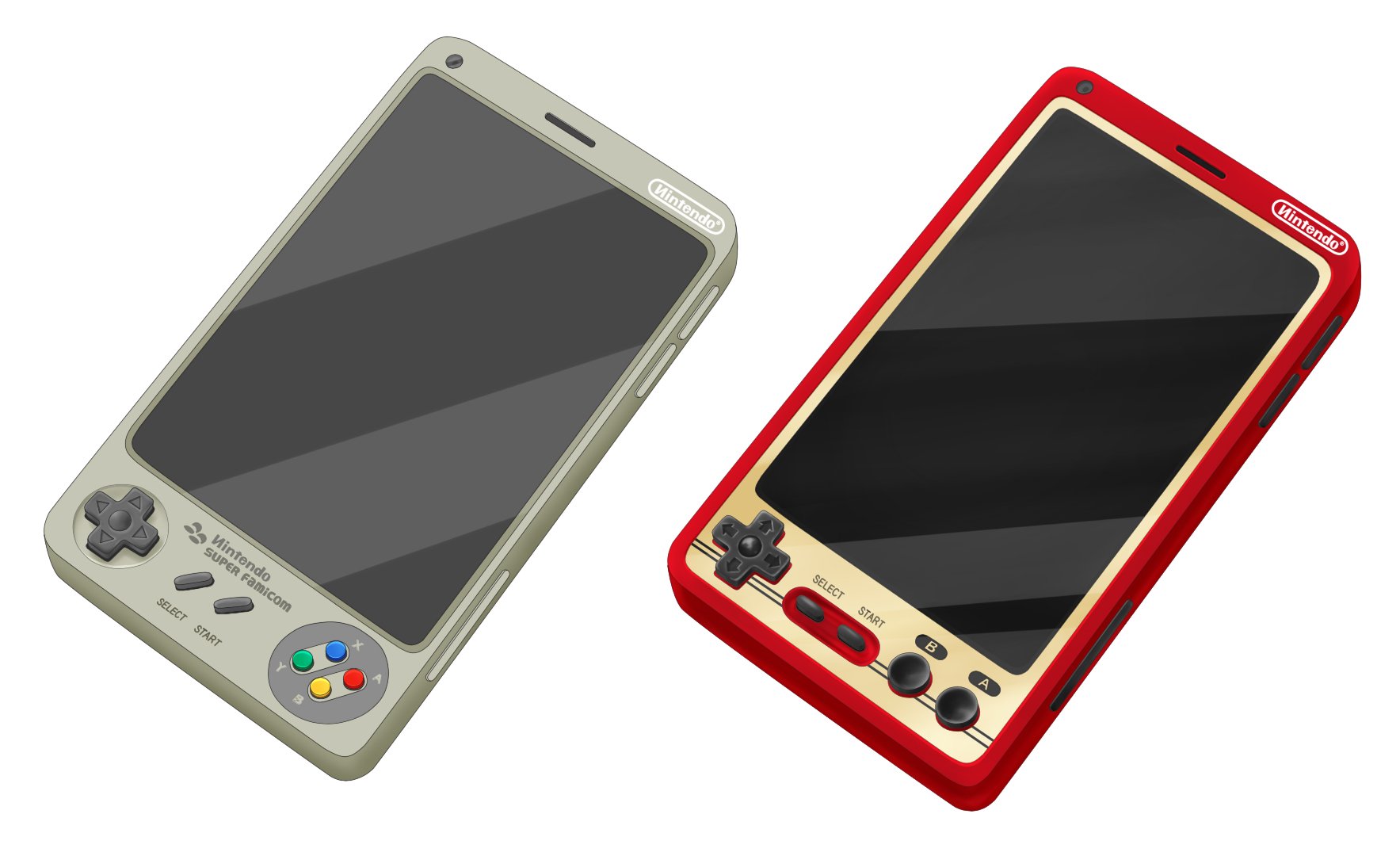 Above: An artist render of a possible Nintendo smartphone.

If it has traditional buttons for control (please!), they’ll take a backseat to a shiny, large, multitouch touchscreen. It will have a stylus tucked away for backward compatibility for 3DS and DS games.

Nintendo’s partnership with DeNA will bring its social network up to the level it needs to be at to compete with not only the PlayStation Network or Xbox Live but also Steam — it’ll be that good. This will be just as important to the NX (and Nintendo’s future beyond the NX) as any hardware spec.

It’s definitely a hybrid system that brings together Nintendo’s handheld and home consoles into one package. Right? That’s what makes sense. The company has always dominated the portable space, but that is shrinking as smartphones and tablets gobble up more of the market. The Wii U is faring even worse against Sony’s and Microsoft’s consoles. Now that Nintendo is embracing mobile, it seems to make sense that it should focus its traditional efforts on one platform.

Nintendo is saying that it has a “brand-new concept” planned for the hardware, and I think a system that you can play on the go but plug into the TV when you’re home counts.

But maybe I’m thinking too small and the company has something truly groundbreaking in the works.

With the NX, I hope Nintendo has learned from others that have tried (and failed) to bridge the gap between console and mobile gaming.

Could it be an Ouya-style device? Only if it outperforms the smartphone you already have in your pocket, otherwise it is redundant. Only if it has a raft of original games and doesn’t just rely on Mario, Pokémon, and Zelda to carry the weight. And only if it provides a realistic alternative to the hardcore-gaming worlds of the PlayStation 4 and Xbox One.

In other words, the NX needs to pander to the casual audience more than any other.

My money is on a large (but not Wii U large) handheld device that comes packaged with an HDMI dongle or an Apple/Google/Roku-style box. You’ll game on-the-go, but when you come home, you’ll throw that up on the big screen, Chromecast-style. It will be cheap — probably three times cheaper than Sony or Microsoft. It won’t have the best graphics, but it will be as good or better than your smartphone or tablet. You’ll be able to play original titles as well as the mobile games Nintendo is creating with DeNA, but in order to sell the NX, some top franchises will be available exclusively on the NX and not cross-platform. It will have a social media element that allows you to interact with your friends, and with games, on any system; smartphone, tablet, or browser.

If the NX is to come with or have, as an option, a VR element, I’d expect it to be more along the lines of the devices that slot a smartphone into a headset (like the HTC/StreamVR combination, or Samsung Gear VR) rather than a dedicated VR/AR unit (such as Sony’s Morpheus or Microsoft’s Hololens). 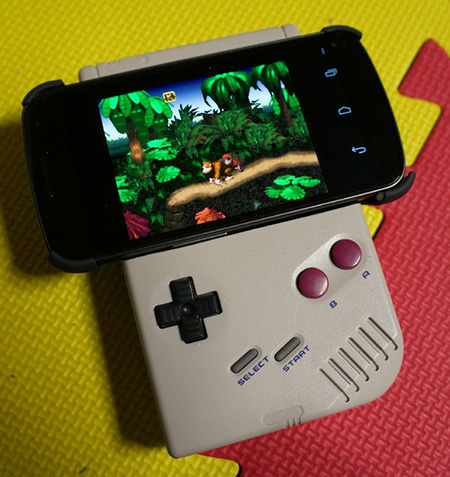 Above: I’d buy this.

I play Nintendo games on the go already — with my 3DS. And while Nintendo has had options in the past to connect its handheld games with its home consoles, a mobile partnership with DeNA opens up the opportunity to develop an all-on-one console that works just as well in your hands on public transit as it does in your home, where you could plug a smartphone- or tablet-like device into a bigger box and play with a range of controllers (a tablet, like with the Wii U GamePad, a Wii Remote-like stick, or a traditional gamepad).

My concern comes down to how you make this work, software-wise. I don’t see Nintendo running an Ouya-style Android box, so would you be playing a Nintendo-branded mobile device? Would this be the next generation of the publisher’s handhelds? I think that’s the direction it would go.

Give me something that lets me play how I want to play — mobile or on the couch — with a network infrastructure that gets rid of Friends Codes for good, a virtual console-like access (subscription-based, please!) to Nintendo’s one-of-a-kind library, and I think not only would traditional gamers and casual players be pleased but so would Wall Street, too.

I agree that Nintendo needs to combine its portable and console platforms into one machine. We’re a long ways from the days of handheld gaming being light-years behind in terms of graphical power, so why not? Imagine having the same Mario Kart or Zelda experience on the plane as you would at home.

The Wii U was a half-step toward this, anyway, with its tablet controller, but it relied on the actual console to stream the games to its screen. This time, all of the guts should be included with the screen, and it should easily dock into a port at home that turns it into a more traditional console.

I also think that Nintendo needs to rework the Virtual Console idea into a subscription service. No one else can match its back catalog, but people are tired of buying the same old games over and over. They can’t do what they did with the Wii to the Wii U, where people had to re-download and re-buy (even if at a discount price) classic games they already purchased. Also, they can’t slowly trickle out a couple releases every week. They need to open big with a huge selection. So many people grew up with the Nintendo Entertainment System, Super Nintendo, and Nintendo 64. Imagine how many nostalgic gamers would line up for a machine that could stream every first-party game from those consoles on day one.