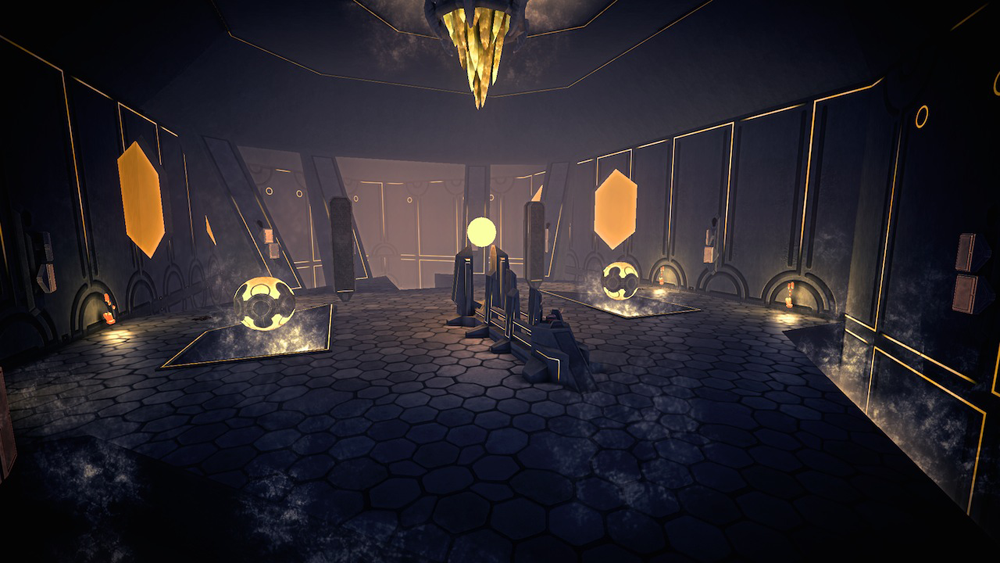 Above: This is a screenshot from Son of Nor … or a snapshot of what the inside of my mind looks like?

I spun my chair toward Mautner, who carefully handed me some headphones that had sprouted a robotic daddy longlegs with foot pads. This is the Emotiv EPOC device, which would be reading my thoughts and translating them into actions in Son of Nor.

The concept doesn’t seem so unsettling on paper, but when you have the device embracing your skull, you begin to wonder how accurately it can pick up what you’re thinking. Of course, that’s when your brain decides to screw with you and starts conjuring up a lot of not-safe-for-work concepts.

While Mautner performed some last-second diddling with the sensors gripping my dome, he explained that I am the first person outside of the development team to try this out. I suddenly sensed a lot of tension from the other bodies in the room.

This multiplied a problem that I anticipated, yet did not prepare for. I started to worry about if the thing was going to work.

Was I going to totally fuck up and disappoint these people? Was I possibly too stupid to even use the thing? Speaking of, could the thing sense that I thought I was too stupid to use it, right that second?

I quickly cracked a brave smile on my face and tried to make a stupid joke. But both the Emotiv EPOC and I knew that I was being an utter fraud. My mind was in chaos.

Finally, Mautner rebooted Son of Nor and clicked a few option-menu boxes to activate support for the technological brain spider latched to my head.

My character spawned in a special mental-calibration level. The environment was the inside of an intimate rocky ravine, where a blue spirit was standing to one side. These blue ghosts represented points where the device would try to calibrate in-game actions to my brain. The first specter asked me to clear my mind. 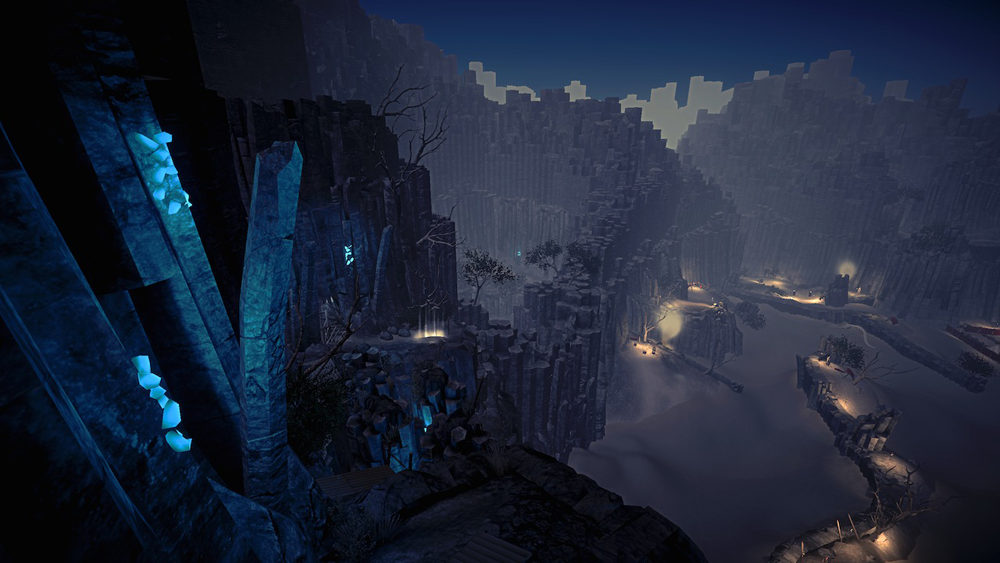 Above: Again, Son of Nor or my mind?

I calmed my breathing, closed my eyes, tried to escape my plane of existence, and fell deep into the blackness….

Mautner’s voice smashed through the void, “Umm, we find it best if you keep your eyes open for this part.”

We reset the game and started again. I was reintroduced to the first spirit. OK. So, clear my mind.

“The scan is done,” Mautner informed me. I was in trouble.

I moved my character to the second blue spirit. This one would calibrate my ability to pick up objects with my mind. I suddenly had a brilliant idea. I was going to picture a square.

The calibration began, and I tried to picture the shape of a white square on a black background. I was staring at a screen filled with rocks, planets, and a blue man, though, which was a problem. The calibration completed, but I knew that I fed the device a mental soup consisting of bits of square and blue men. I embarrassingly asked to recalibrate that part again.

The second time around, I tried to picture my character lifting a rock while internally repeating the phrase “pick up the rock.”

Calibration completed again, and I moved my character toward a scene with some boulders. I stared at the rock formation and thought, “Pick up the rock.”

“This is so cool,” someone blurted out behind me, breaking my concentration.

I took a deep breath and thought, “Pick up the rock.”

Still no response. I suddenly became aware that I was sweating.

“PICK UP THE FUCKING,” suddenly the boulder leapt in front of my character! The room was awestruck. I sighed in relief and wiped my brow.

OK. I had a rock floating in front of me. What was next?

Mautner explained that in order to throw an object, I just needed to move my eyebrows. I could try to calibrate this action to another thought, but the Emotiv EPOC and I both know that I sure as hell was not ready for that.

In the next location, I ran into a Sarahul ambush. The music picked up tempo. I started nervously backing my character away from my attacker. My eyes scrambled around the screen looking for an object to mentally throw at him.

After running in circles for a few seconds, I spotted another boulder in the background. My brain went frantic!

A minute later, I gave up and used the mouse buttons to grab the object and smash it into the lizardman. I felt defeated. Perhaps I truly was too stupid to use the device?