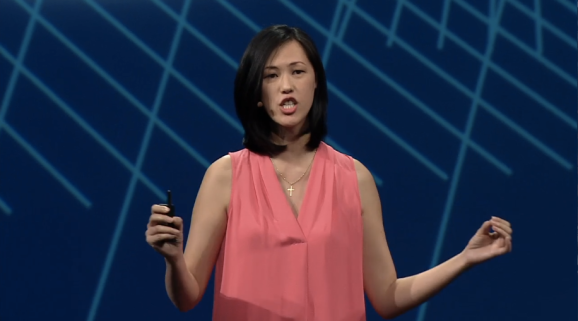 “The world is big enough for both of them.”

That’s the takeaway from Forrester analyst Jim Nail following Facebook’s announcement today that it is expanding LiveRail, the video ad platform it purchased in 2014 — putting it in more direct competition with Google.

The social giant said that LiveRail will now support display ads and native ads for mobile apps, not just desktop sites. It will also be able to tap into Facebook’s anonymous user info for better targeting. And publishers can manage ads sold directly to advertisers, as well as ones using programmatic sources, like demand-side platforms or ad networks.

Although some observers are portraying this as Mike Tyson versus Evander Holyfield for the online ad industry, pitting Facebook versus Google’s DoubleClick and AdMob products, Nail says it’s more complex.

“It’s not a case of which one survives,” he told me, “because they each have a different kind of data.”

Google’s DoubleClick ad exchange is strong in what’s called intent data, or, as Nail put it, “‘I’m in the market to buy XYZ.’”

By contrast, Facebook is strong in user data showing what people like in general: “‘I’m a fan of this product.’”

“The world can support more than one dominant player,” he said, adding that this competition among the giants is healthy for the digital ad ecosystem.

“This won’t suck all the oxygen from the room, [and] everyone has a lot more to gain [because] the market is growing fast enough.”

Forrester analyst Susan Bidel pointed out that Facebook’s user data could, in fact, solve one of large publishers’ biggest problems in mobile apps.

“Publishers are flying blind in many cases on mobile devices,” she told me, because they sell their apps through Apple’s App Store and don’t have direct access to their users’ data.

“They can’t monetize, in part because of this,” she said, but the mobile targeting available with Facebook’s user data might help solve that problem — assuming that the targeting “remains separate from Facebook’s initiative to get more publishers” publishing on the social network.

That’s the mobile display ads and native advertising side. On the video ad side, Bidel said that publishers with their own sales effort will “continue to sell video ad inventory directly,” since it’s the best-paying kind of digital ads.

Facebook’s latest moves to create an end-to-end ad platform the extends beyond its site is surprising no one, given its moves for Atlas, its Audience Network, and its purchase last year of LiveRail.

“There’s basically a giant land-grab right now for ad-tech solutions that help publishers monetize their apps, and Facebook would be foolish not to try to take its share,” Oren Kaniel, CEO of mobile ad analytics firm AppsFlyer, told me via email.

As far as other major competitors go, Twitter’s MoPub mobile ad network is more limited in its range of inventory, publisher connections, and user data, while Yahoo and others are simply not at the same scale.