At its core, the new service enables developers to add Messenger features to other apps — we’ll detail which apps in a moment.

“It’s a new platform that developers can use to build apps that help people connect,” said Facebook CEO Mark Zuckerberg during the opening F8 keynote. 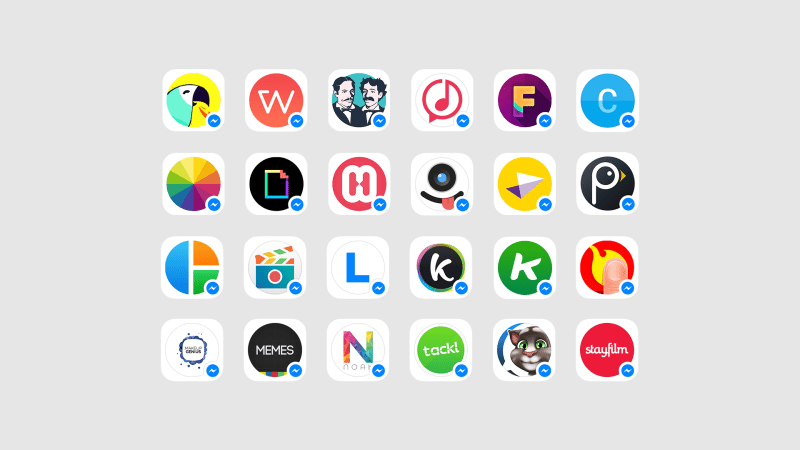 For third-party app developers, integrating with Messenger offers the potential to reach some of Facebook’s millions of users. This is possible because Facebook plans to promote integrated apps within its own app store.

For Facebook, the platform inserts the Messenger service directly into the vast ecosystem of iOS and Android apps. And, the move also helps make Messenger more competitive with other messaging platforms, like WeChat and Line.

This is the second major addition to Messenger in just over a week. Last week, Facebook announced an all-new payments system that enables users to send and receive money directly through the stand-alone messaging system.

Along with the new payments system, the Messenger app store provides rationale for why Facebook forced people on mobile to use a standalone Messenger app — rather than being able to send and receive messages directly through Facebook’s namesake app.

It’s becoming clear that, over time, Facebook wants Messenger to become a more sophisticated platform, with a range of commerce options, as Line, WeChat, and to some extent, Snapchat offer.

Facebook says the new platform is open to all developers starting today, but the company already lined up 40 different launch partners, including ESPN, Imgur, The Weather Channel, and Giphy.

One of the launch partners we spoke with is Zya, a company that created an app called Ditty. As Zya founder Matt Serletic explained to VentureBeat, users who download Ditty via the Messenger store will be able to type short notes in Messenger, and the app will automatically convert their words into an algorithmically-created song. That song can then be sent to any other Messenger user, regardless of whether they have Ditty or not.

And ESPN, for example, has built a curated content app, “just in time for the end of March Madness,” said David Marcus, Facebook’s head of Messenger.

Speaking on stage today, Mark Zuckerberg demonstrated that users will be able to place an order with an online retailer, and then change the order or shipping details later via Messenger. You can read more about that new feature here.

For more F8 news, check out this list: Everything Facebook announced today during its F8 developer conference.