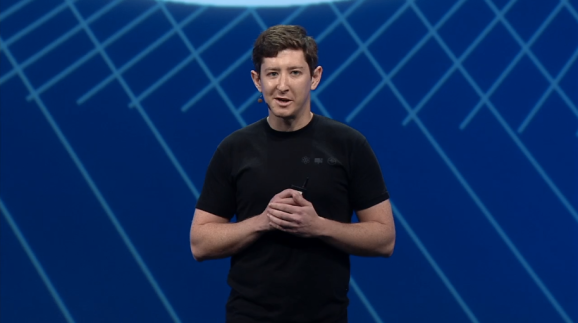 The news, which first leaked yesterday from within a Facebook app, came officially today at Facebook’s developer-oriented F8 conference in San Francisco.

Facebook wants to make it easier for developers to weave data from connected devices into their applications. But Parse is already being tapped for IoT use cases.

“Companies like Chamberlain are using this [Parse] to build great connected experiences for your home,” Parse founder and chief executive Ilya Sukhar told the crowd at the event.

As a superpower in the technology industry, Facebook isn’t surprising anyone by making a larger play for the hype-heavy Internet of Things. Cisco, Intel, Microsoft, and several other tech companies have announced products or strategies for the burgeoning field, where sensor-laden gadgets can provide more layers of insight into operations and help companies make better decisions.

Today’s move in particular makes sense given that startups providing platforms for building and running apps have been talking about or releasing services for handling data from the Internet of Things.

A few examples: One startup, Waygum, is nothing more or less than a mobile backend for the industrial side of the Internet of Things. Mobile platform provider Kii in October announced the early-access availability of an IoT platform. Kinvey’s mobile backend is being used by energy management company Schneider Electric for apps related to the IoT, among other areas, according to a statement last year. And at the beginning of this year, Jesus Rodriguez, cofounder and chief executive of KidoZen, described in a VentureBeat guest post his expectations for a cloud platform for the burgeoning space.

Meanwhile, Parse as a whole has been expanding internationally in a way that befits a mobile platform owned by a tech giant. In Asia, the number of active apps on Parse increased by almost 90 percent in the first half of 2014, Sukhar announced in December.

Kinvey cofounder and chief executive Sravish Sridhar thinks Parse’s expansion into IoT might have some considerable implications for Facebook that could go beyond just app building. As he explained in an email to VentureBeat:

If a few IoT use cases and apps take off on Parse, the data from and access into the connected devices could ultimately extend Facebook’s “social graph” with a larger IoT graph, which would open up a larger advertising opportunity for Facebook.

Arduino and Embedded C SDKs are now available, according to a Parse blog post.