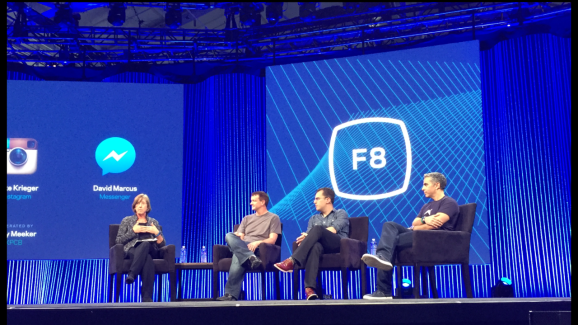 At Facebook’s F8 developers’ conference here, Acton, speaking on a panel with Instagram cofounder Mike Krieger and head of Facebook Messenger David Marcus, said that WhatsApp has spent the last year refining and iterating voice calling before launching it on Android. To date it has not been available for iOS.

There are already ways to use the voice calling feature on iOS, and screenshots of the implementation have circulated, but it requires a jailbroken iPhone. Until now, there has been no official word on when the iOS version would be available.

Asked by VentureBeat after the panel if he could confirm his “couple weeks” comment, Acton at first said “yes,” and then backtracked a little, saying, “Well, several” weeks. He was then whisked away by his handlers before he could clarify any further.

Neither Facebook nor WhatsApp immediately responded to a request for clarification.