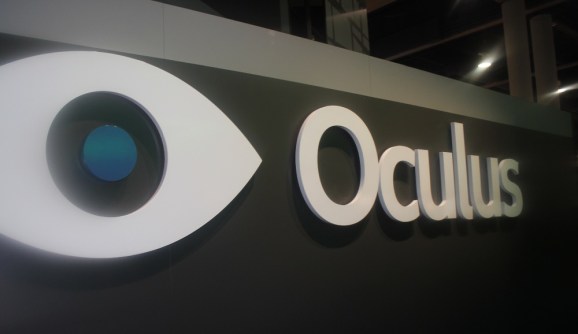 During Facebook’s second day F8 keynote today, chief technology officer Mike Schroepfer talked a lot about virtual reality, the future, and Oculus VR’s role in both. One statement he made during his monologue was taken out of context to imply that Facebook would launch the Oculus Rift this year. That’s not happening.

Here is the quote that resulted in multiple publications picking up the story incorrectly: “You will be able to do this, this year, in VR.” Schroepfer said this right after a demo of a space ship launch (the multiplayer experience in Eve: Valkyrie, to be more specific) that makes the viewer, assuming they’re wearing a VR headset, feel like they’re in the pilot’s seat.

Because the on-demand video of the keynote isn’t available at the time of publishing, we had to rely on our notes to get the facts straight. We weren’t confident we had the exact quote, but while we waited for the relevant clip to be uploaded, Schroepfer set the record straight.

In fact, he did it twice, and on Twitter no less:

Schroepfer did briefly discuss the Oculus Rift Crescent Bay prototype, saying the Oculus VR team is “just on the cusp” of delivering the sense of presence that blends virtual reality into our own reality. He also discussed virtual reality’s role in the future, and how Facebook wants to play a part in this new way of bringing people together, which Zuckerberg regularly emphasizes as being the company’s mission.

All of this doesn’t mean that the Oculus Rift won’t arrive in some form this year; even though a consumer version is more likely to show up in 2016, Facebook could potentially speed up the process. As Oculus VR chief technical officer John Carmack has emphasized many times, the engineers won’t sign off on a consumer version until it’s ready. In short, there is no official date … yet.