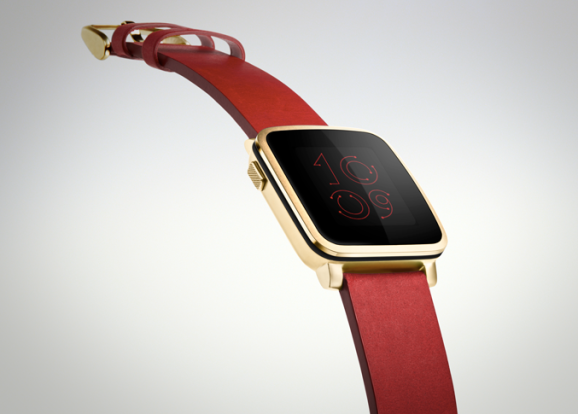 Pebble’s second go at crowdfunding has come to an end with $20 million raised on Kickstarter for its upcoming Pebble Time smartwatch.

The campaign’s initial goal was $500,000. Pebble raised more than 40 times that amount.

In 48 hours, the Pebble Time project surpassed the total amount raised by the original Pebble on Kickstarter ($10,266,845). By March 3, Pebble broke the all-time Kickstarter record set by the Coolest Cooler project (that one raised $13,285,226).

Since then, Pebble’s simply made it harder for some other project to come along and set a new record.

Pebble sold its first smartwatch on Kickstarter back in 2012 and, just a few weeks before the Apple Watch launch, has proved it can still drive considerable demand.

The Pebble Time is the company’s third device, a $159+ smartwatch with several new features. Among them, a redesigned OS, a colorful display reminiscent of e-paper, a Gorilla Glass screen, and a smaller form factor. After the Time debuted on Kickstarter, Pebble added a fancier version that will run the same OS: the Pebble Time Steel.