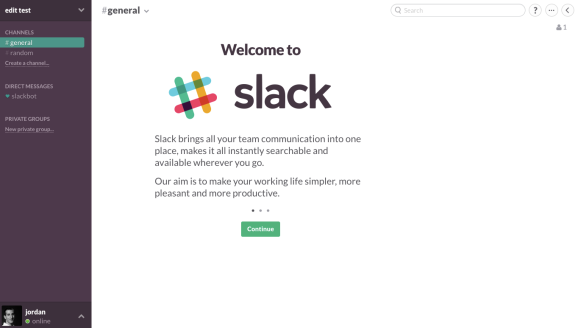 The Slack app for Mac starts up.

Fast-growing team-messaging startup Slack is almost finished raising a new round of funding totaling $160 million at a $2.76 billion valuation, if a new report today is correct.

DST Global, Horizons Ventures, Index Ventures, and Institutional Venture Partners are participating in a new funding round that’s set to close in the next few weeks, the Wall Street Journal is reporting, citing unnamed sources.

Slack wouldn’t comment on today’s report, which follows a report from Bloomberg on Monday that put Slack’s post-money valuation above $2 billion.

Slack allows colleagues — or, alternatively, friends and family members — to communicate with each other in chat rooms and direct messages, on many types of devices. The San Francisco startup announced a $120 million funding round in October.