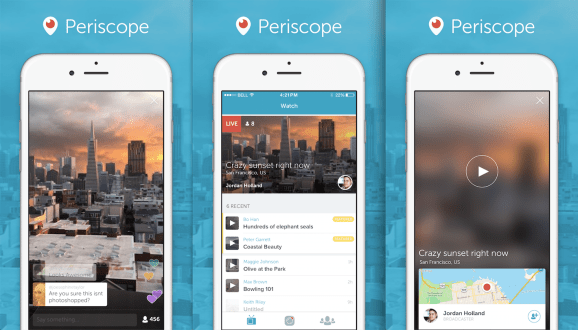 Twitter's Periscope is just one of several new live streaming video mobile apps to launch in the last month.

When Twitter launched Periscope today, its livestreaming video app, it revealed that it would not automatically port over users’ Twitter followers to the new app.

The move is a surprise, as many assumed the app would have access to Twitter’s so-called social graph, giving it a significant advantage over competing apps, most notably Meerkat.

The system for adding followers on Periscope mirrors what Twitter does with Vine, its six-second looping video app.

That Periscope users must build their followers organically rather than starting off by being able to stream to all their Twitter followers is a very big deal, because that means it must compete on a semi-level playing field with Meerkat, the one-to-many livestreaming video app that’s gotten huge amounts of attention this month, particularly during South by Southwest (SXSW).

Periscope, which Twitter confirmed last week it had bought, was designed to make it possible to start streaming video with just two clicks. Users can notify all their followers that they’ve gone live, or choose a select group to stream to. The app is available only on iOS for now.

The big question on everyone’s mind is how the launch of Periscope will affect Meerkat. Meerkat has reportedly built a user base of more than 300,000.

Timing of the Periscope launch is somewhat curious, given that it comes in the middle of F8, Facebook’s annual developers conference, which concludes today. But a Twitter spokesperson said it was simply a matter of when the app was ready.

This is Twitter’s third stand-alone video app. It also has Vine, which lets users create looping six-second videos, and Vine Kids. In addition, the company recently launched a native video feature, which lets people create and edit video from within Twitter. Taken together, it’s clear that the social network considers video a big part of the content its users create, and potentially a major revenue generator. However, it has not said how it plans to monetize Periscope.