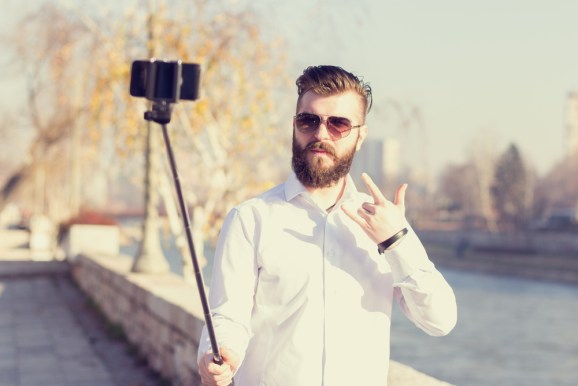 Snapchat and YouTube have paved the way for our latest craze: self-broadcasting.

Thousands of people have flocked to a mobile app called Periscope to broadcast their lives and watch others as they record themselves live in front of a captive audience. While it shouldn’t be shocking that people would be drawn to an app that offers the potential for instant fame, livestreaming has up to this point failed to catch hold. However, as Periscope’s launch indicates, flash-in-the-pan livestreaming apps may be a thing of the past.

Yesterday the Twitter-verse was abuzz with chatter about two mobile apps: Meerkat and Periscope. The two products are the latest livestreaming apps to hit the App Store, and both have caused quite a commotion.

The first, Meerkat, launched during SXSW nearly a month ago to much fanfare. Today the app ranks as the 160th most-used app out of all apps in the U.S., according to app analytics App Annie. In just a few weeks Meerkat has attracted public figures ranging from Jimmy Fallon to former governor of Florida Jeb Bush. Indeed, the app is so popular that “meerkating” has become a term adopted to describe a person who is hosting a live stream on Meerkat.

To affirm the company’s rise to fame, Meerkat announced a $14 million investment from a slew of prominent people including Greylock Partners, YouTube cofounder Chad Hurley, and actor Jared Leto.

Meerkat’s announcement came hours after the launch of a competitor app called Periscope. The app is owned by Twitter and is, functionally speaking, nearly identical to Meerkat. Both apps leverage Twitter to on-board new users and to alert people that a broadcast is happening. However, there are differences in the ways each app presents itself. Periscope has a professional look to it and is gaining traction with celebrities and media entities, while Meerkat appears rougher around the edges and has a more down-to-earth vibe.

Already users are choosing sides. Meerkaters fiercely defend the platform against competitor Periscope and vice versa. And in less than 24 hours, Periscope has risen to a rank of 88 among all apps in the U.S.

Of course, livestreaming is already popular. Twitch has had enormous success in the gaming space as a platform where people can watch other people play video games. It currently boasts over 65 million monthly active viewers and more than 1 million unique broadcasters. Platforms like YouNow have also attracted a steady, though niche, following of teens and young musicians.

But both Periscope and Meerkat have made a much broader push into mobile broadcasting, and their instant adoration is a sign they’re filling an unmet need among consumers.

Ryan Hoover, founder of Product Hunt, one of the forums where Meerkat first rose to fame, said that there are a number of reasons why livestreaming is popular right now and why these apps are likely to remain popular for a while.

“The ones that are really a flash in that pan are novel, but they don’t serve an underlying need,” he said. The need in this case is multifold. Livestreaming addresses loneliness by giving viewers a community where they can watch and comment on something. It also addresses the need for attention and a desire to have one’s sense of self-worth reinforced. But there is more to the success of Periscope and Meerkat than just addressing an unmet social need.

In order for livestreaming to have the moment it’s having right now, certain technical components had to come together.

First, Hoover said, the technology necessary to do livestreaming had to become ubiquitous. The wide availability of video recording and camera technology on smartphones has removed one of the main barriers to livestreaming. Second, he said, the emergence and popularity of applications like Snapchat and YouTube have paved the way for the inevitability of self-broadcasting.

“People are more willing to snap a selfie than they used to be. Snapchat has ingrained that behavior, because it gave people the acceptance to do that,” he said. Not only are we more willing to take a selfie, we’re more interested in reaffirming other people’s self-promotion too.

Equipped with the right technology, the right mentality, and now a platform for sharing our every moment, livestreaming has a chance to take off — and this time stick around.