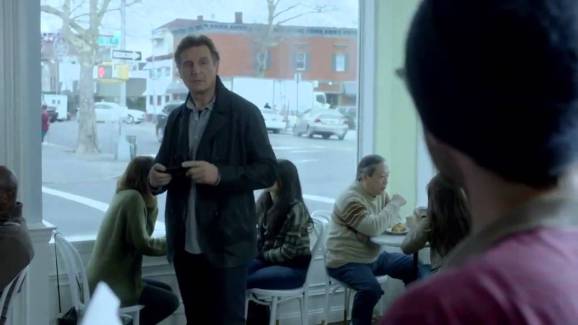 Liam Neeson in the Clash of Clans ad.

It’s amazing the ideas that people dream up in hot tubs.

Take the recent $9 million Clans of Clans TV ad — featuring an angry Liam Neeson — that aired during the Super Bowl. It had nothing to do with monetization or user acquisition, according to developer Supercell’s media lead Jimmy Lee. Instead, it was an idea the team came up with while sat in a hot tub as a tribute to existing players of the super-popular free-to-play mobile game, reports GamesIndustry.biz.

Supercell is a leader in mobile gaming and its revenue tripled to $1.7 billion in 2014. Its success is down to enduring free-to-play hits like Clash of Clans, Boom Beach, and Hay Day — and maybe its unusual decision-making process.

Speaking at the F8 Facebook conference in San Francisco, Lee said, “The decision for us to be on the Super Bowl was decided by a bunch of guys in a hot tub while we were on an offsite. Everybody closed their eyes and voted on whether or not they wanted to see a Super Bowl spot for Clash, and everybody ended up saying we want to see this on the Super Bowl.”

The ad ended up the most viewed commercial of all the million-dollar Super Bowl ads, racking up more than 30 million views on YouTube within a week. It’s now at nearly 50 million views. Its popularity can’t have hurt the game’s chances of adding to its player base, but Lee insists that wasn’t the motivation behind it.

“It had nothing to do with economics or monetization,” said Lee. “It was our way of thanking our players; our way of acknowledging that this is a game that’s worth playing and trying to retain them a little bit longer. It wasn’t about getting our game in front of however many millions of eyeballs that were watching the Super Bowl.”