Theresa Duringer spent the last three years of her life as an indie game developer. She thought that experience would be like a Lone Ranger. But she found that her world had become more interdependent than ever. In her journey, she found it takes a village to make a game. And that it is best tackled by tapping into the economy of favors, where indie devs help each other out. In her case, she was able to publish a 2D strategy game called Cannon Brawl on multiple platforms.

Duringer is but one in a million among indie game developers, each one of them trying to score hits with digital games. But she’s got a unique story about getting help from others, and she recently told it in a talk at the Game Developers Conference in San Francisco. I also interviewed her and discovered that her mother was a game developer as well. That’s a rarity in itself, having a parent, let alone a mother, as a game developer. The field of making games is only a few decades years old, so there aren’t that many multigenerational game development families yet. I felt like Duringer’s tale of survival and endurance — and her tips for fellow indies — were very instructive.

“As an indie, a kind of tribal economics takes over,” Duringer said. “It’s like a barn raising. The incentive for others to help you is that when it comes time to raise their barn, you’re willing to pitch in.”

Duringer grew up in the San Francisco Bay Area and landed her first gaming job as a game tester at Electronic Arts, a giant game company where, in the late 1990s, her mother once worked as an administrative assistant. Maryann Klingman Duringer, Theresa’s mother, said that she fell in love with game production. She shared that passion for the creative process with her daughters. Klingman rose through the ranks and became a seasoned executive producer at places such as The Learning Co., PlayFirst, and Disney. 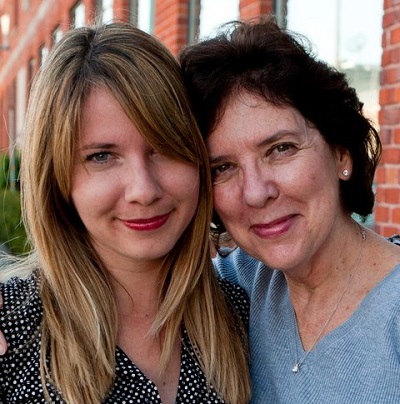 While growing up, Duringer enjoyed doing school projects. As she learned more from her mother, she felt like it was a good analogy for building a game, which required a lot of discipline, flexibility, ad hoc management, and an ability to convince others to believe in your project and get them to join you.

Klingman Duringer opened some doors for her daughter, mainly by virtue of the people she knew.

“My mom didn’t get me a job, but it was her network that helped,” Duringer said.

Duringer helped tutor the kids of one of her mother’s friends. That friend helped Duringer get a job managing focus groups for Zowie Intertainment, a Silicon Valley company that combined electronic sensors and toys in the late 1990s. Duringer didn’t set out to be a game developer, but she studied psychology at the University of California at Berkeley, and that helped her in her career in games.

“People are getting very excited about the intersection of psychology and gaming,” Duringer said. “The experiments we did in classes are a lot like video games.”

Starting out as a tester, Duringer spent five years as a developer at EA’s Maxis division. She contributed to multiple games, including Spore, Sim City, Darkspore, Spore Galactic Adventures, and others. By the time she left, she was doing programming and graphic design with the online team.

With Spore, Duringer was able to create a kind of mini game on her own. She took the Spore applications programming interface, which enabled players to create their own games within the Spore universe, and created a game where players had to view a bunch of Spore creations and guess the tag word they had in common.

“It was the first game where I felt I had ownership,” she said. “It game me a lot of creative freedom, and it was impetus for me to break out as an indie.”

She left EA in 2011 and teamed up with coder and designer Pete Angstadt. She met Angstadt at Maxis, but he had since moved on the Havok. Angstadt created a prototype for a title called Dstroyd, a physics-based cannonball game which Duringer encouraged him to build. The idea was primarily Angstadt’s at that point. He entered it in a contest and won the Activision Independent Games Competition. That netted Angstadt a $175,000 prize, which enabled him to live in San Francisco.

They both quit their jobs to become indies and work on the game full-time, and they formed a two-person studio called Turtle Sandbox in San Francisco.

“Pete came up with the name pretty quickly,” Duringer said. “If we had a little bit more time, we would have thought about that more.”

Duringer said she has always been a frugal person, and she had saved up a lot of money to survive as an indie.

The original game was very different. It involved shooting a cannonball that would arc around miniature worlds. They ultimately evolved that design to be much more like the game is today. 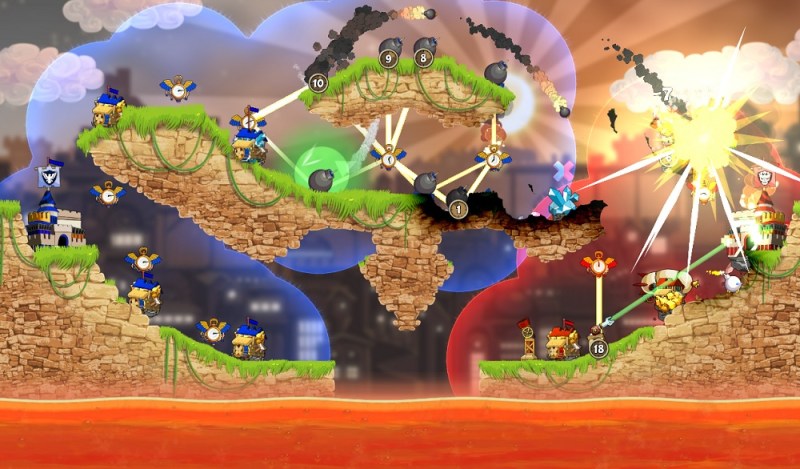 Not a Lone Ranger

“When I embarked on this indie adventure, I thought I would be a lone ranger,” Duringer said. “When you think of indie, it evoked phrases like ‘self-reliant,’ ‘self-made,’ and ‘pulling yourself up by the bootstraps.’ But as I think, this common model of indie development as a solo adventure is less and less valid. There’s this hero narrative out there about the lone dev single-handedly crafting this masterpiece. This idea has been romanticized by the press. You’ll hear a story about a “garage” in the anecdote. It’s very easy to digest. But it’s not representative of what indie development is. It’s a misnomer. Right now, indie development is much more interdependent.” 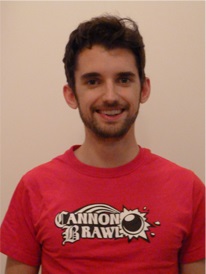 Above: Peter Angstadt of Turtle Sandbox

For one, she had already teamed up with Angstadt to turn Dstroyd into Cannon Brawl. She was also the spawn of programmers. Her mother and father are both programmers, and so are her step dad and step brother.

“My mom has been a video game producer, and I think our story is really unique and uplifting,” Duringer said. “In a male dominated industry, I’ve seen my mom succeed and that has profoundly influenced my decisions in the pursuit of a development career. I’m really eager and excited to tell that story, and it’s also an easy story for me to tell.”

But Duringer didn’t just get help from an environment growing up with software developers or from working with a colleague. During the making of Cannon Brawl, she built up a lot of life debts because of the enormity of the task of delivering a high-quality game that competes with AAA titles from big companies.

“I would argue that the bar has been raised,” Duringer said. “Demand is higher than ever. The developer community has risen to meet that demand and churned out more and more games. That makes it that much harder to stand out.”

Duringer and Angstadt had a good idea to help them stand out. In Cannon Brawl, you build an airship and a castle. Then you use your airship and other weapons to destroy the other person’s castle. The terrain is destructible, which creates some interesting tactical options like blowing out the foundation under your enemy’s castle.

You can set up goofy contraptions to cause your opponent grief, and you have to mine resources to get more offensive and defensive capability. It launched with 37 2D destructible maps, a single-player campaign with 20 missions and 10 puzzle levels, competitive online and local multiplayer modes, and seven multiplayer maps. It had 10 unlockable airships and 15 war machines such as cannon and lasers. That adds up to a beefy game. Both of them did nearly every task, but Angstadt did more of the programming and Duringer did more of the art. They used the XNA Framework and C Sharp.

“There was an enormous amount of content,” Duringer said. “We were very interested in making a deep game.”