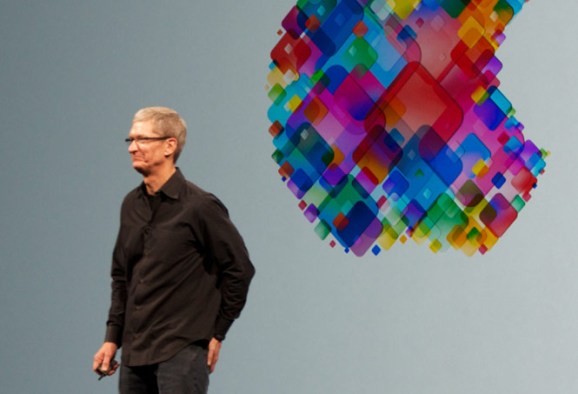 Joining a growing chorus of technology industry leaders, Apple CEO Tim Cook has written an op-ed for the Washington Post that criticizes a growing movement of state legislation that would allow businesses to discriminate against gays and lesbians.

While a recent bill in Indiana has sparked a national outcry over the issue, Cook notes that it is one of many states where such legislation has either passed or is under consideration. Cook argues that such laws are both bad for business and a step backward morally.

“These bills rationalize injustice by pretending to defend something many of us hold dear,” Cook wrote. “They go against the very principles our nation was founded on, and they have the potential to undo decades of progress toward greater equality.”

Cook’s statement expands on his tweet last week, in which he wrote: “Apple is open for everyone. We are deeply disappointed in Indiana’s new law and calling on Arkansas Gov. to veto the similar #HB1228.”

It also follows statements on the Indiana law from other Silicon Valley CEOs, including Salesforce.com’s Marc Benioff and Yelp’s Jeremy Stoppelman. Benioff said Salesforce would cancel all of its events in Indiana, and the city of San Francisco has said it won’t fund any employee travel to the state.

In addition, over the weekend, Angie’s List announced it was canceling a planned $40 million expansion of its headquarters in Indianapolis as a result of the new law. The company’s CEO told the Indianapolis Star that the new law would make it difficult to meet its goal of hiring 1,000 people.

“We believe that what that bill does to our efforts to recruit good talent into Indiana is significant,” Angie’s List cofounder and chief executive Bill Oesterle told the Star. “We’re unwilling to engage in an economic development agreement that is contingent on us hiring people in when the state is sending a message out to potential employees that is not always palatable.”

While Cook’s has become one of many voices, his latest statement carries special weight. As head of the world’s most valuable company, Cook made big news last year when he publicly confirmed that he is gay.

But in his guest column, Cook said he is equally motivated to speak out because of his memories of growing up in the racially divided South.

“Men and women have fought and died fighting to protect our country’s founding principles of freedom and equality,” Cook wrote. “We owe it to them, to each other and to our future to continue to fight with our words and our actions to make sure we protect those ideals. The days of segregation and discrimination marked by ‘Whites Only’ signs on shop doors, water fountains and restrooms must remain deep in our past. We must never return to any semblance of that time. America must be a land of opportunity for everyone.”