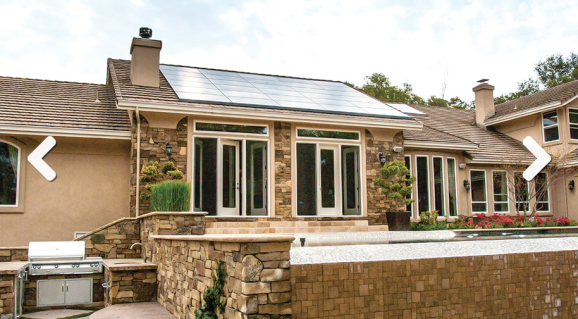 SolarCity is one of the world's-largest installers of solar panels.

SolarCity, one of the world’s largest installers of solar panels, said today that SpaceX is investing in $90 million worth of its solar bonds.

In a blog post today, SolarCity said that the bonds are “issued — and backed — by SolarCity and powered by monthly solar payments from thousands of solar customers across the country.”

Added SolarCity, “SpaceX is effectively getting paid by the sun.”

Elon Musk, of course, is tied to both companies — as well as the electric car maker Tesla. Musk is the CEO of SpaceX (and Tesla) and the chairman of SolarCity’s board.

SolarCity also said that SpaceX bought the bonds in exactly the same way that any U.S. investor could — online. “After reviewing the investment materials,” SolarCity wrote in its blog post, SpaceX chief financial officer Bret Johnsen “took less than 10 minutes to set up an account and order the bonds.”

The rationale for investing in solar bonds is simple, the company said. It “offers investors like SpaceX the opportunity to earn significantly higher returns than those offered through comparable investments with the same maturities. At the same time, SolarCity is able to raise capital at lower cost.”