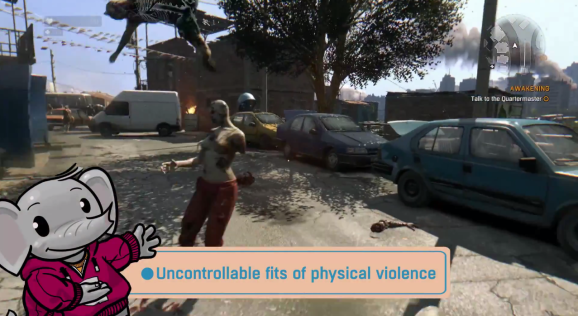 See the zombie flying through the air? That is what Techland is saying you'll get to do starting tomorrow.

It’s time to punch zombies so hard that they go flying into the air.

Developer Techland says it is planning a special event for its zombie survival game Dying Light. Starting at midnight Pacific time and running through until 11:49 p.m. Pacific tomorrow, Dying Light gets an update with a “bad batch” of the in-game pharmaceutical Antizin that gives you some pretty messed up powers … or at least that’s what Techland claims. No one would blame you for not believing this is actually real since tomorrow is April Fools’ Day.

But we’ve got confirmation from Techland’s public relations that it is really going through with this.

The bad-batch event is all about giving players crazy abilities. The biggest change is to the physics. Players affected by the spoiled Antizin can send zombies flying through the air like they weigh nothing at all with nothing but a punch. It sounds like a pretty good time.

Techland is asking fans to upload videos to YouTube of them partaking in the event. The studio even has a Twitterhashtag ready to go: #BadBatch. And it even shared a video of what you can expect if you end up downing a vial of the tainted medicine.