Sony’s GSN Games casual gaming division announced yesterday that it had acquired Idle Gaming, the creator of the social game Fresh Deck Poker. Terms of the deal weren’t announced, but Adam Krejcik of Eilers Research estimated the value of the deal was about $10 million.

That’s not a great outcome for Idle Gaming, which raised $19 million to date. But it suggests that the larger social casino game business isn’t quite what it used to be. It’s still a $2.7 billion market, according to market analyst firm App Annie. But 52 percent of the market share is now in the hands of the top five companies, including Caesars Interactive, IGT, Zynga, Sony, and Churchill Downs.

That doesn’t leave much room for the 100 or so startups that raised money in the past couple of years. San Francisco-based Idle Gaming had a successful game in Fresh Deck Poker, but it was ranked No. 6 behind market leaders like Zynga in social poker apps worldwide, Eilers said.

Bing Gordon, a partner at Kleiner Perkins Caufield & Byers and a board member at Zynga, said in an interview that social casino games have entered a different stage. Players want to focus on innovations, and that’s what game companies have to deliver, he said.

Idle Gaming started out as Idle Games. It made a wonderfully creative social game, Idle Worship, that was on Facebook. But the game didn’t take off, and in 2012 the company pivoted to making Fresh Deck Poker under the motto, “We make social casino games that don’t suck.” Investors include Signia Venture Partners, whose founder Rick Thompson served as the chairman of Idle Gaming.

“It’s unlikely that Signia recouped its full investment into Idle Gaming, based on our deal analysis,” said Adam Krejcik, analyst at Eilers Research.

He estimated that Idle Gaming generated gross revenues of about $1 million in the fourth quarter of 2014 and $4 million for the full calendar year. Fresh Desk Poker accounted for at least 80 percent of those revenues, as two other titles — Slots of Fun and Video Poker Tour — never gained traction.

“The acquisition of Idle Gaming aligns perfectly with our strategy of leveraging first-rate teams and leading edge technology to create outstanding game experiences for our players,” said Steve Brunell, the chief operating officer of GSN, in a statement yesterday. “We are pleased to welcome the top-notch talent of Idle Gaming to GSN Games, and look forward to utilizing our shared talent and technologies to take mobile gaming to the next level.”

Eilers estimates that most social casino deals have been done at two to three times trailing 12 month revenues, suggesting Idle Games would be valued at about $8 million to $12 million.

Krejcik said the acquisition of Idle Gaming provides GSN Games with a “first-rate team and technology as well as exposure to the social poker market.” GSN was already the No. 4 publisher worldwide (under Sony) in 2014. Idle Gaming provides diversification. GSN previously paid $165 million to acquire Bash Gaming, maker of Bingo Bash.”

“GSN has pursued a multi-product app for several years now, so it only makes sense they add poker to the product portfolio,” Blau said. “DoubleDown’s poker is weak so this actually puts GSN ahead of Doubledown on the poker front and may catapult GSN into potentially taking over Zynga for the #3 spot in total revenue.”

She noted that user-acquisition costs have soared in the past couple of years in social casino gaming.

“It’s very tough to break through the clutter now,” she said. “Once an app is a top 10 performing apps that cost to acquire customers is likely to go down precipitously as discoverability in the app stores is greater. As part of the GSN suite, poker will allow existing players a reason to hopefully extend time and spend more. The big risk is that social poker doesn’t generate as much per player.”

In the ultra-competitive environment, it’s easy to think that social casino game companies would pour all of their budgets into user acquisition. That would mean running up huge ads — something that would have been difficult for a player like Idle Gaming. But user acquisition isn’t the only way to get gamers. Sometimes, you have to invest in getting the existing players to come back.

In early March, I interviewed Steve Meretzky, the vice president of creative at GSN Games, about a presentation he made at the Game Developers Conference in San Francisco. He noted that it’s still possible to come up with fresh takes in social casino games. High 5 Games created Shake the Sky Casino, a slots game with Asian themes. Since casino gambling does well with that demographic, the title made sense. Netherfire has also taken a social casino game from China that combined slots and farming.

“There are the same market leaders in 2014 as you had in 2013,” Meretzky said. “With hits, it’s a matter of everything going right, with a bunch of luck.”

Meretzky recently redesigned a meta game for GSN Grand Casino on Android. It was a suite of mini-casino games, wrapped in a larger meta game with achievements and rewards that motivate people to come back to the game. If that meta game is successful, it keeps customers coming back, and it makes it harder for people to switch casually from one company’s casino game to another’s, Meretzky said.

“You want to design casino games that give the player a reason to come back,” Meretzky said. 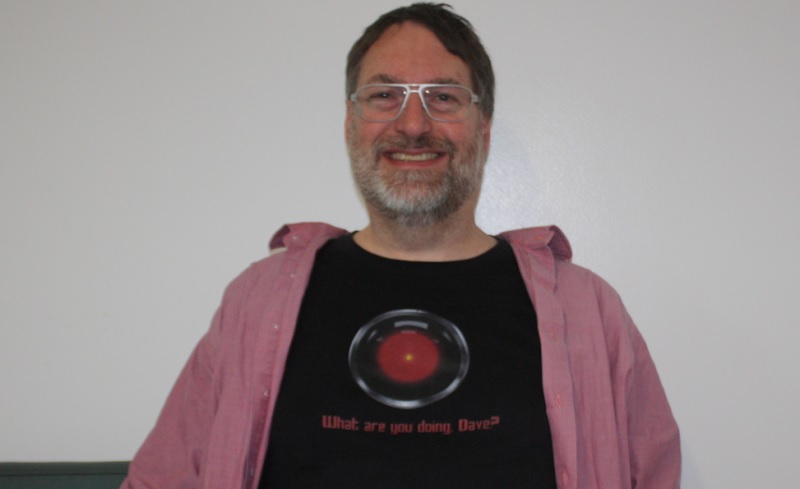 Above: Steve Meretzky of GSN Games