Mobile marketing is growing by leaps and bounds, but the lingering question in many brands’ eyes is whether that growth isn’t mostly jiggly Game of War: Fire Age ads intriguing with Clash of Clans loyalists to pull a Benedict Arnold. 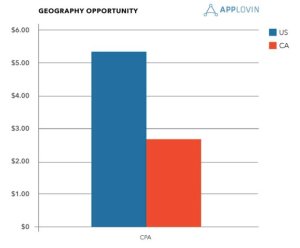 In other words: Can traditional brand advertising work on mobile?

The answer is a definitive yes, according to Applovin CEO and co-founder Adam Foroughi … especially in the transaction-focused verticals of commerce, travel, and — yes — gaming. In fact, traditional brand advertising has to work on mobile, as people increasingly spend their leisure moments eyes-down on smartphones and tablets and as the barriers to getting attention on mobile in owned channels continues become higher and higher.

“The biggest challenge in mobile today in an app-centric world is that there are so many apps,” Foroughi told me yesterday. “People download 30 to 40 [apps], maybe even 50, but use only five to seven regularly. Of those, Google owns one and Facebook owns one or two … so getting them from other channels is highly effective.”

The key, of course, is targeting users effectively and inexpensively. To gain some insight into those answers, the company just analyzed 37 million mobile ad impressions.

VentureBeat is studying marketing automation platforms…
Chime in, and we’ll share the data with you.

One of the learnings? Target users outside what you think your core audience is to gain an advantage.

On cost-per-sale basis for instance, e-commerce ads served on brain and puzzle apps outperformed any other categories, resulting in 23 percent higher return on advertising spend. Buying them on e-commerce apps turned out to be both more expensive — because they were more targeted — and less effective. 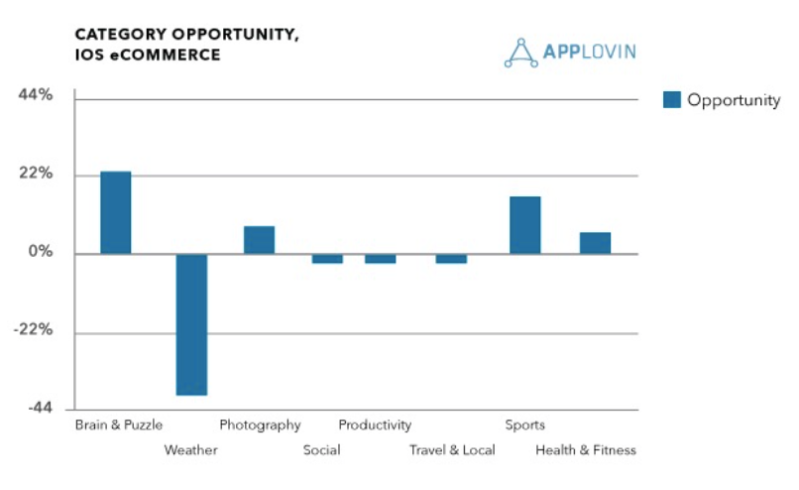 “The common problem on mobile, outside some of the biggest B2C companies, is you don’t really have data on users, so you can’t optimize on much … all you have is contextual relevancy,” Foroughi says. “So it’s really easy to say ‘I’m a travel company … promote me on weather,’ but [it’s] harder when you’re less contextually relevant.”

But it is precisely by making seemingly counterintuitive moves — also the key to mobile monetization — that brands can reduce costs and increase effectiveness. The good thing is that those moves don’t have to be a leap of faith; they can be an informed strategy based on big data analyses of millions of previous actions.

For example, retargeting lapsed users for your mobile game in a photography app — not in a competitor’s game — resulted in returning gamers who spent 64 percent more. The ads cost 10 percent more, but the return more than justified the expense. You can also find those opportunities via selective geographical targeting, Foroughi says. For example, travel apps often target U.S. users, but Canadian are half the cost and returned 49.5 percent more. 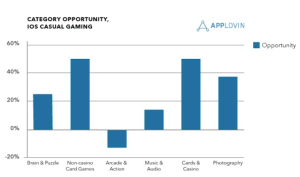 The key to unlocking big wins, according to Applovin, is integrating systems so mobile advertising partners get real-time conversion data.

“We have one customer, a large e-commerce company, that improved its ROAS [return on advertising spending] by 250 percent over 1.5 months after it shared its data … on product sales that were driven by the ads served. That meant we had the information needed to see where it was more relevant and cost effective to advertise, which then allowed for better optimization for user re-engagement campaigns across all categories, geographies, ad formats, etc., not just the ones we and the e-commerce company assumed would be profitable.”

That, of course, requires a trust factor that is not always present.