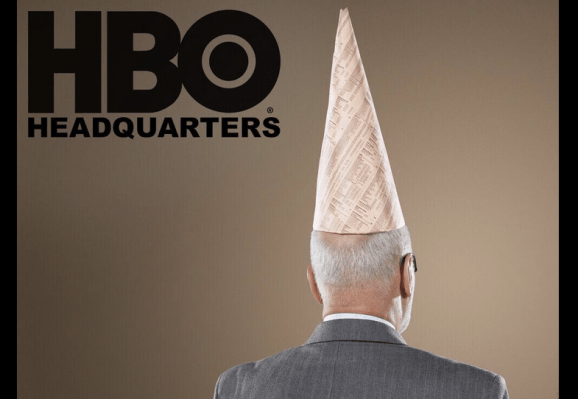 It’s well known that the Church of Scientology takes a “fight fire with fire” approach to people who criticize it, and in the face of the church’s damning portrayal in Alex Gibney’s documentary “Going Clear,” it took to Twitter to mount its defense. With pretty poor results.

The tweets come from an account called @FreedomEthics, which the church set up just for the campaign (its regular account is @Scientology). The tweets began before the movie premiered March 29, and are still flowing.

Some of the tweets fault the movie for not filling up venues:

Many of the tweets say something like “More people watched X show than watched ‘Going Clear.'” And they just fill in the “X” with whatever shows they can think of. Over and over. It sounds like a playground taunt.

I later found out that these tweets were in response to an HBO claim that “Going Clear” had more viewers than a Beyonce documentary. The Scientologists disagreed with that.

Another tweet portrays Gibney as a Stalin-esque figure, with the heading “HBO’s Doctor of Propaganda.” If you click the link, you go to a page where the church has posted videos that attempt to discredit the sources Gibney used in the movie.

The best parts are the titles above the videos. They say the person’s name, then tack on an insult. Like “Mike Rinder — The Wife Beater” and “Sarah Goldberg — The Homewrecker.” Good stuff.

#AlexGibney, Doctor Of Propaganda: If you need propaganda, the doctor is in! http://t.co/TeWAqs5jMS #GoingClear pic.twitter.com/8lClehRHw6

And here’s another tweet about another of Gibney’s sources. This one uses a more direct approach.

And there are many others. If anything, these tweets probably increased interest in Gibney’s movie, as this tweeter suggests:

@FreedomEthics Keep mentioning it. We’ll keep watching. And so will thousands more who wouldn’t have otherwise. You give free publicity.

The fact is, the Church of Scientology is perceived by normal people as a cult-like religion for the weird, the rich, the famous, or all three. That’s why so many people want to hear the truth about Scientology, and why so few on Twitter have any sympathy for its cause.

In one tweet, the church even goes after the soundtrack of Gibney’s film:

#GoingClear viewer: "The 'Going Clear' score was like nails on a chalkboard. A bad score fitting for a bad movie." pic.twitter.com/j6hXOa3mXL

Indeed, the @FreedomEthics tweets are inevitably followed by lots of replies criticizing or mocking them. Many of the replies criticized the Scientologists for hiding behind a “fake” Twitter handle to mount its smear campaign against the movie. The main account is @Scientology, and the tweets are much more friendly there.

It doesn’t have the look of a popular cause. The account has just 672 followers.