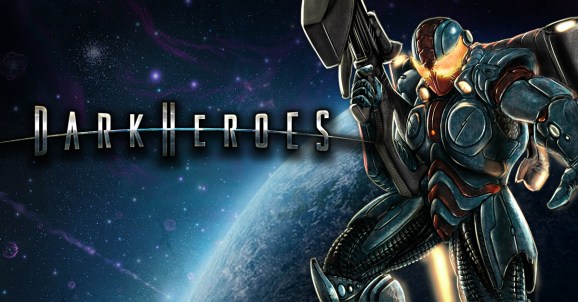 Mobile app owner or product marketer? Big Viking Games CEO Albert Lai will be speaking at VB’s Mobile Developer Roadshow on Wednesday in Toronto, where we’ll be sharing the latest trends and case studies in mobile app acquisition and monetization strategies. This event is invite-only: Find out if you qualify here.

Mobile game marketing is rapidly evolving, and you need only to have watched Super Bowl XLIX to get a clear understanding of where it’s headed. Supercell and Machine Zone paid a whopping $13.6 million  to advertise their respective games, and Supercell’s Clash of Clans: Revenge commercial was the most successful advertisement from this year’s Super Bowl.

This is groundbreaking for the mobile games industry, but it’s extremely scary for smaller- to medium-sized independent studios that are looking to scale their games through traditional user acquisition (UA) methods. I’ve had the unique perspective of seeing the mobile gaming landscape from both the analytics side of things when I was the CEO of Kontagent to gaining fresh insights from the product side of things now that I’m currently the CEO of Big Viking Games. This is a look at how the industry has evolved over the years, and where I believe it’s headed.

The Past: the golden age of UA

There was a world in which YoWorld (formerly YoVille) garnered hundreds of thousands of visitors every single day, all for free. This was the golden age of the incentivized install and Facebook’s lax notification policy allowed creative developers tremendous marketing power with just the click of a button. I’m sure you’re very familiar (and still a bit annoyed) by the endless spam that used to be sent out of games via incentivized invites and promotions.

Similarly, once mobile games hit the scene and the Apple App Store established itself as the new best place to develop your games, nothing else mattered except for being in the top charts. Companies dumped money into UA without consideration for the quality of traffic, buying the cheapest user they could possibly get (Fiksu reported that the average user cost in 2011 was $1) in the hope that the exposure they gained from being in the top charts would help them monetize. Many resorted to farming downloads via bots — a practice that went on, honestly, for a lot longer than it should have.

The Present: the high cost of UA

All of this changed. Both Apple and Facebook drastically changed their policies, making it nearly impossible to game the system. Facebook cracked down on spam and notifications sent out from games, and Apple shut down the fraudulent download practices. This meant the quality of users actually mattered.

As a result, this new reality drove up the costs of installs significantly. In three years, CPI costs for loyal users have tripled and are now around $3 per user, which doesn’t even factor in the cost of a quality install that can cost up to, in some cases, $20 per user. As the quality of the install matters more, powerhouse mobile game development studios are willing to shell out millions of dollars to draw new, spending users into their games.  This is especially true as developers are willing to look at longer time horizons to get a return on ad spend.

So what does this all mean? Simple. Users aren’t getting any cheaper in the traditional UA space, and when the giants of mobile gaming are producing multi-million dollar television ads for the Super Bowl, it’s really time for independent studios to reevaluate their UA strategy and innovate using the ever-changing technology landscape.

History teaches us one important lesson: new platforms mean the opportunity to enter a new golden age of distribution and “free” installs.

As I previously mentioned, when Facebook burst onto the scene many developers were able to leverage the platform’s built in virality to bring numerous users into games. With improvements in technology such as HTML5, we’re getting closer to replicating this same kind of virality within apps and the open web, but triggering virality requires intuitively developed marketing innovations.

One way to fix this is to create qualified leads where people can “try” a game first without having to install it on their mobile browser. Imagine if someone could distribute a link to a fully functioning game on the open web via a messaging platform that didn’t require users to download the game before jumping right in and playing it. Once the user has played the game, they are given a link to download it directly from an app store, ensuring that every single download you get is a quality install versus the crapshoot that can oftentimes accompany UA ads.

After all, there’s nothing more viral than friends chatting with each other about their favorite games and sharing them on all the new messenger apps that are occupying more and more user attention. What’s more, many of these messenger apps, while garnering audiences in the hundreds of millions, are still trying to find their footing and monetization strategies. Gaming studios have an immense opportunity to partner with these apps to deliver relevant, useful content while also attracting “free” players.

Another golden age of UA is around the corner and it’s up to developers to capitalize on new technology and open endless opportunities for success. Because right now, unless you’re a mobile gaming giant, you’re not going to really get it in today’s UA landscape.

Albert Lai is the CEO of Big Viking Games, a social and mobile gaming studio based out of London and Toronto, Ontario.