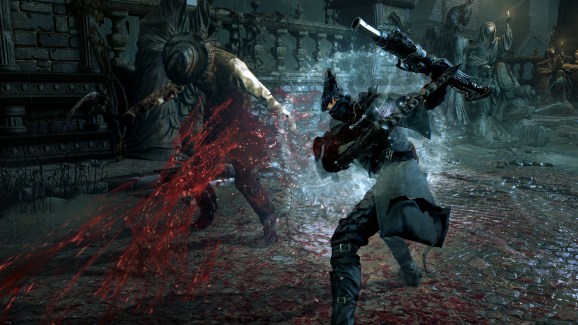 The glowing orb around your character confirms a successful Regain hit.

Bloodborne hasn’t even been out for a week, and gamers are already competing to race through its horror-filled streets.

Washington-based livestreamer Oginam just beat the PlayStation 4-exclusive action role-playing game in under 37 minutes. It’s a staggeringly fast time to finish what is a brutally tough game, but it does make use of some exploits and glitches.

Speedrunning is an increasing popular gaming niche, and its popularity has received a huge boost from livestreaming services like Twitch. Gamers from around the world compete against each other to set new times finishing games, sometimes helping out good causes along the way.

Developer From Software is working on a Bloodborne patch that will fix some launch issues, including long loading times after each death. Some of the exploits used in Oginam’s speedrun might not work after the patch.

I’ve only managed a few hours on Bloodborne so far, and I’ve beaten one boss. I’m quite happy with my slow and steady approach, though.