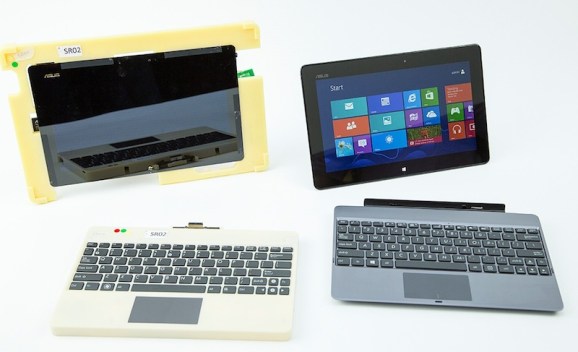 Microsoft debuted a new device today: the Surface 3. The tablet has a lot to offer, including the fact that it’s the thinnest and lightest tablet the company has ever shipped, but the real kicker is that it runs a full version of Windows 8.1. In other words, Windows RT is dead.

Windows RT, released in October 2012 along with the Surface RT, is an edition of Windows 8.x designed for mobile devices that use 32-bit ARM architecture. The Surface RT was meant as an example first-party device for other computer makers.

Microsoft unveiled the Surface 2 and Surface Pro 2 in September 2013. Last year, the company only announced a Surface Pro 3 in May, leaving many scratching their heads as to where the cheaper counterpart was.

As the years and months dragged on, computer makers (including Asus, Dell, Lenovo, and Samsung) slowly backed out and stopped offering Windows RT devices. Sales were abysmal; consumers simply weren’t interested. Soon, Microsoft was the only company left offering tablets with Windows RT.

Rumor has it that Microsoft was planning to launch a Surface Mini, an even smaller tablet, but the device was ultimately scrapped. The Surface 3 thus arrived more than a year after its Pro counterpart.

So, what took so long? Microsoft was trying to figure out what to do with Windows RT, and finally decided to scrap it. Additionally, the company was likely waiting for hardware to improve so it could offer a tablet with a full version of Windows that didn’t take a huge performance hit.

Now it’s March, and the only device that could potentially offer Windows RT in some way is shipping with Windows 8.1. Tablet market growth is slowing, and while Microsoft still hopes Windows will continue to play a role, it won’t be in the form of Windows RT.

“Microsoft is working on an update for Windows RT, and will have more to share later,” a Microsoft spokesperson told VentureBeat. “ARM devices will continue to be a crucial part of the range of devices Windows 10 supports, with an optimized experience for ARM-based phones, phablets, and small tablets up to 8 inches.”

Translation: We don’t expect there to be any new devices with Windows RT. That said, we’ll update Windows RT in an attempt to not completely piss off our guinea pig customers who bought devices with this operating system.

Most important in that quote is that Microsoft isn’t giving up on ARM devices. Windows 10 is another big bet, though it’s being made from a slightly stronger position this time. After all, Surface is now a billion-dollar business.