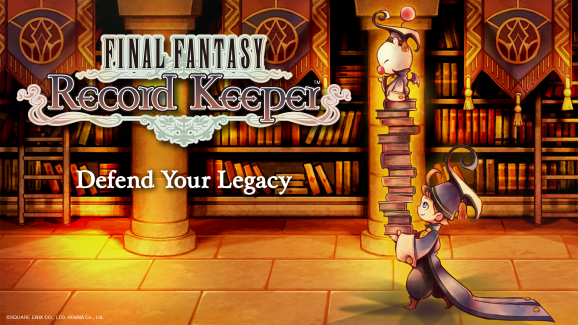 It’s already released mobile takes on Final Fantasy that combine characters across the entire series, like All the Bravest and Theaterythym. The free-to-play Record Keeper, developed with DeNA and out now for iOS and Android (I played it on an iPhone 6), is a more traditional crossover. You create a party of characters across Final Fantasy I through XIII and battle through scenarios based on those games.

It all has a retro look similar to the franchise’s 8-bit and 16-bit days, and the battle system is also reminiscent of that time. In short, it feels more like an actual Final Fantasy game than the other original titles released for mobile.

But that doesn’t mean it’s all that great. 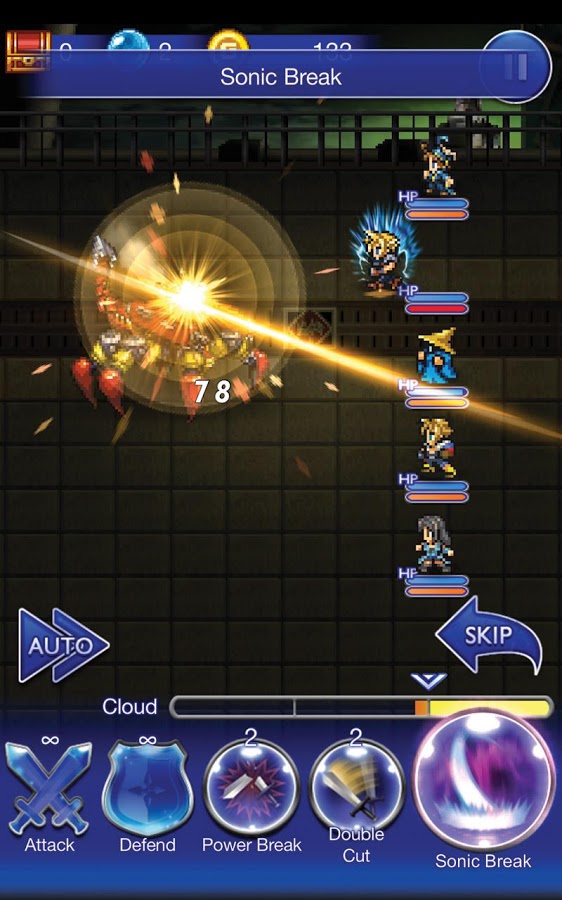 It’s not the first Final Fantasy game that combines characters from different games into one party, but it’s still fun to see Final Fantasy VII’s Cloud battling next to Final Fantasy X’s Wakka. The music also comes straight from the original games, and the tracks are just as iconic and excellent as ever.

The narrative frame has you restoring a library that previously held the stories from each game, which gives you an excuse to replay those tales. Don’t expect fancy cutscenes, since the plot is handed to you via text and still pictures, but it’s nice to have all of these stories (even in their abridged forms) together in one place.

Like any role-playing game, it’s important to manage your character’s equipment and abilities. In Record Keeper, you can earn weapons and spells from winning battles, but you can also combine them to create better and new items. Of course, since this is free-to-pla1y, you can also spend real money to get new stuff.

However, you actually purchase a chance to roll for new loot, so you don’t know exactly what you’ll get. It’s actually kind of fun this way, much like opening up a pack of cards and hoping for something rare. You can also use an in-game item (mythril) for a chance at better equipment, but you’ll slowly earn that currency while playing. 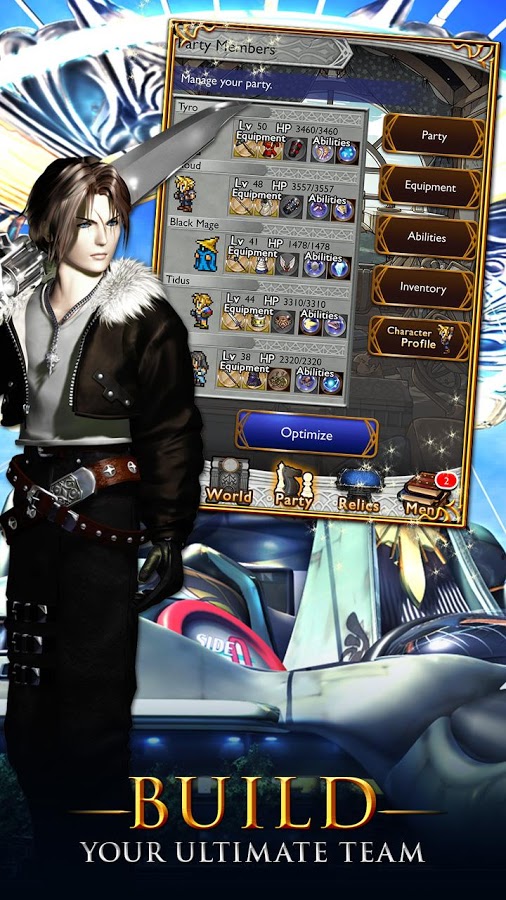 Above: Record Keeper has plenty of systems for getting new items.

Actually, all of the free-to-play stuff is surprisingly tasteful. Along with gear, you can use real money to heal your party between a string of battles, a luxury that isn’t really necessary to progress. You can also use cash to increase your stamina, which dictates how much you can play a day. That might sound evil, but I was playing hours a day and never had my bar empty. In fact, it would fluctuate between almost gone and nearly full seemingly at random, so I wasn’t really sure what was going on.

The biggest problem with Record Keeper is that most of the combat is a complete snooze. You can beat most fights by simply ordering everyone to do a standard attack, saving all of your spells and abilities for the boss at the end, who is usually the only challenging foe in each dungeon. It could have easily gotten rid of all the trash and just make it a marathon of bosses.

In fact, Record Keeper actually has an auto-attack button that just has your party spam the basic function until every enemy is dead. I’d often turn that setting on and get distracted by the TV, looking down to see that my phone has actually gone to sleep due to a lack of activity. Record Keeper literally put my phone to sleep. 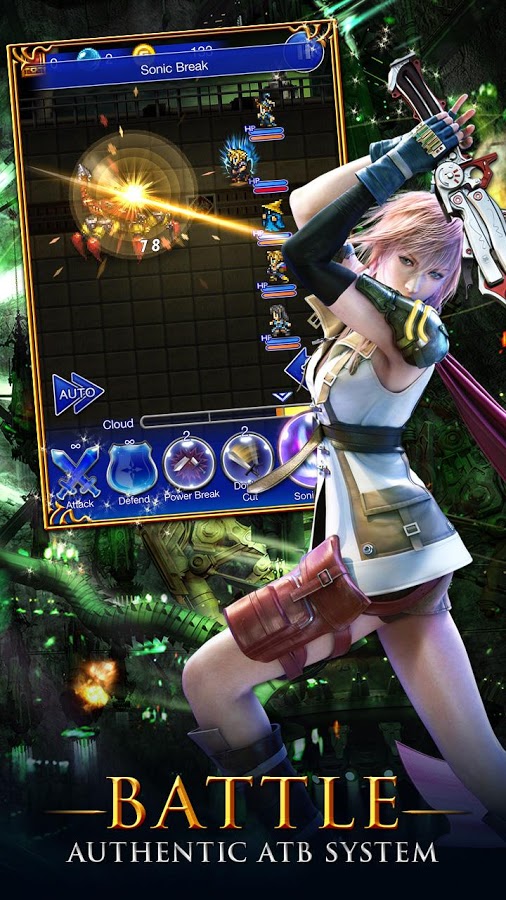 Above: Is it common for people to wear gun holsters but not pants?

Like I said, seeing all of these characters together is fun, but it’s been done better before. The fighting game Dissidia gave everyone more opportunities to interact with each other, and Theaterythym was a better celebration of the series as a whole. Even the retro sprites in Record Keeper actually come from another mobile game, All the Bravest.

Record Keeper isn’t offensive. It can sometimes be a little fun. But it’s not incredibly engaging.

The free-to-play stuff is handled well, but the actual game is just not interesting enough. You can actually get a lot out of it without paying a cent, but what you’re getting isn’t all the compelling. The turn-based fighting is just too simple. The crafting and unlocking of new items can keep you going, but the game feels more like a grind than a fantasy.