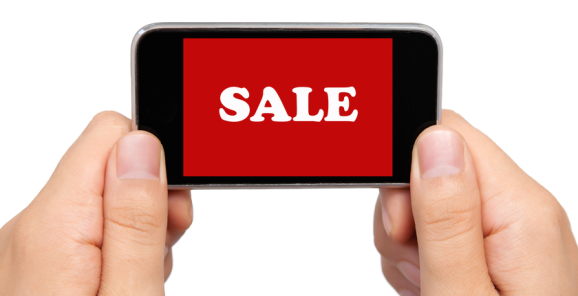 The current best practice for digital ads is an ambitious yet odd goal that most of the product should be at least half-delivered.

That half-delivery, called the Viewability benchmark for web ad performance, depends on a variety of factors, according to a new report released today from ad management firm Sizmek.

Called “Viewability Benchmarks,” the free study looks at trends relating to the Viewability standard. Among other things, it finds the unremarkable fact that ads meeting that modest threshold perform better in things like clickthrough rate. Makes sense, of course, that ads that are seen are clicked more.

The Viewability benchmark, from the Media Rating Council (MRC), says that at least 70 percent of a digital campaign’s impressions must show at least 50 percent of the ad for at least one second. It’s the key piece in the industry’s big shift from counting served impressions to counting viewed impressions.

The MRC and other industry organizations have set 100 percent viewability all the time as a goal, but acknowledged that, given the current systems and tools, that’s presently “unreasonable.” In the meantime, the Interactive Advertising Bureau (IAB) recommends that ad networks and publishers provide “make-goods” to advertisers if the viewed impressions do not at least hit the 70 percent/50 percent/one second threshold, until the 70 percent mark is reached.

Late last year, Google received a great deal of attention when it admitted that over half of “display ads that are served never actually have the opportunity to be seen by a user.” comScore has separately estimated it’s 46 percent.

One of the complications of the current environment is ad placement on a page.

“Ads placed more toward the center and top of the page are more likely to be viewable than those on the bottom, sides or margins,” Sizmek product marketing manager Zach Schapira told me by email. This is especially the case, he said, “if the page is not mobile-optimized and [is] being accessed from devices with various screen sizes.”

But you don’t want the tippy-top of the page.

Ads at the very-top-of-page could have lower viewability, he said, “since users tend to scroll quickly past ads, mastheads, and headlines to get to the page’s main content.”

Ads in the center and about a hundred pixels lower than the very top are considered more viewable than ones on the bottom, sides, or margins.

Then there’s the matter of the different ad formats. Billboard and wallpaper ads, for instance, are considered more viewable than standard banners because they’re bigger. Taller ads take longer to scroll past, so they’re more likely to hit the 50 percent-for-one-second window, as are those annoying ads that stay in place as you scroll. Ads with more interactivity tend to be larger and so more viewable.

Mobile ads are more viewable than desktop ads, because formats like interstitials and adhesions are more common on those devices and tend to remain on the screen longer than banner ads. Also, publishers have started redesigning their mobile sites in HTML5, giving more consideration to the new emphasis on viewability.

Programmatic ad buying, where platforms rapidly and automatically buy and place digital ads according to price and other parameters, also affect viewability. Open market real-time bidding (RTB) platforms, where such buying can take place, is often criticized for the lack of control over where your ads are placed.

“Open market RTB by its very nature includes less premium, remnant inventory” on sites for ads, Schapira told me, which can mean bad page placement. It also can include “a higher prevalence of fraud — and perhaps undetected fraud — [as well as] pages with below-the-fold ad placements, pages which haven’t been mobile-optimized, and more.”

According to the Sizmek study, ads sold directly to publishers’ web sites tend to be more viewable than ones sold over open programmatic exchanges, because they’re more likely to have specific slots on quality sites.