OMsignal Co-Founder and CEO Stephane Marceau will be speaking at VB’s Mobile Developer Roadshow in Montreal on April 2 where we’ll be sharing the latest trends and case studies in mobile app acquisition and monetization strategies.

This invite-only event is free to those who qualify — some seats are still available. Find out if you qualify here.

Montreal native Stephane Marceau is somewhat of a startup serialist. The good thing is that it’s gotten easier over the years.

Currently building smart clothing company OMsignal, Marceau launched his previous startup, Theralive, before the French-speaking city really understood Silicon Valley-style tech startups. “People couldn’t even relate back then — it was kind of a weird thing to do here,” he says, going on to explain that there was very little capital in the city back then. 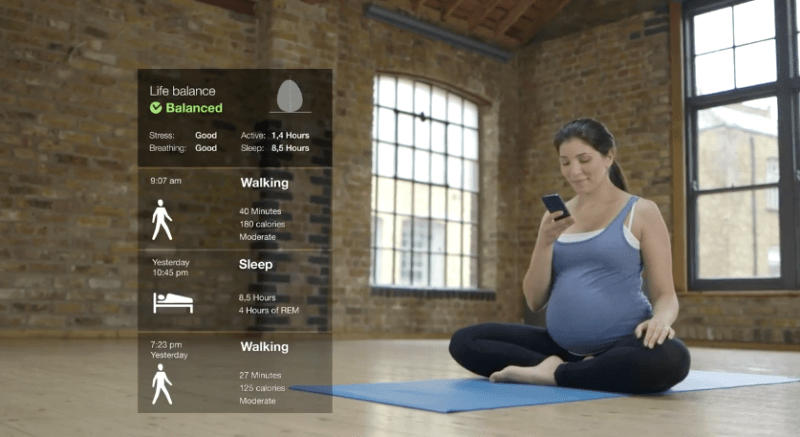 Not only are there leading VC firms and seed funds such as Real Ventures and Inovia Capital, but “in the space of a few years, it’s became culturally cool and the trajectory is incredible,” Marceau says. “You have all these meet-ups and drinks all the time…and you have more VCs.”

(Real Ventures and Bessemer Venture Partners are both investors in OMsignal.)

As noted by others in the Montreal startup scene, there are also a lot of economic advantages. Seventy-five percent of developer costs are reimbursed by government tax incentives, and, according to Marceau, the number of graduate degrees per capita in Montreal is second only to Boston.

That kind of talent is key to the success of OMsignal.

OMsignal requires not just tech talent, but significant contributions from science and medicine. The company started shipping its biosignal smartwear and accompanying app in January, and the line of sensor-equipped clothing measures three main biometric areas:

While all this was planned from the outset, Marceau and team weren’t prepared for what the data showed about their early users.

“Contrary to what we thought, the ones who use it the most are not the hardcore athletes,” says Marceau. “They’re just people like me who want to be in shape — middle-aged people in the 30 to 45 [year-old] bracket. That was a discovery from the data.”

These early findings are informing the company’s product road map. Instead of working immediately on super elite features, they’ve taken a course correction to focus on features that increase the fun quotient of weekend warriors’ workouts. They’ve added a metric that OMsignal scientists have dubbed ‘push points’, intermittent heart-accelerating activities — like a series of push-ups — that are integrated into a user’s aerobic workout.

“You could jog for two hours and get zero push points, so you have an incomplete workout,” says Marceau. “A lot of people are doing this now at every workout.”

They also were surprised at the response to a workout video they introduced to the app that grades users’ biometric output against others after performing a string of exercises. Users are told their results as a percentile against the general population. “It was just an experiment,” says Marceau. “But not only do people love it, they retake the test over and over again.” This aspect of social comparison has proven to be a strong motivator. “You could argue that these are lightweight features from a scientific and data intensity standpoint, but people love them.”

Certainly OMsignal has done a couple of pivots based on early data, responding to the users that they actually have, rather than the users they thought they’d have before launch. It underscores how important it is to pay close attention to metrics with a readiness to course-correct.

Or just connect the dots — like when OMsignal discovered that people were downloading the OMsignal app, but didn’t have the clothing. In the current sprint, the company is adding a link that will take a user instantly to purchase the clothing.

These may all be lightweight corrections, as Marceau describes it, but he sees a future where things will look a whole lot different.

“The mobile phone will desegregate and we’ll move away from it,” he explains. “Instead, you’ll just swipe the sleeve on your shirt and a display appears — along with audio capaiblities built into your garmet so that you just speak and it responds to you.”