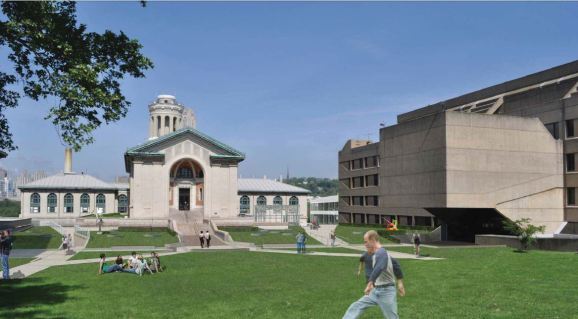 Carnegie Mellon, one of the top schools offering a game-design program.

Gaming is a growing educational field at universities and colleges around the United States, and students looking to pursue game-related careers have a chance to get some help paying for their schooling.

The Academy of Interactive Arts and Sciences announced today that its AIAS Foundation, its philanthropic division, is now accepting submissions for its scholarship program. The group will award The Randy Pausch and Mark Beaumont Scholarships to four students who show talent and passion for game-related design, production, and business. Nearly 400 schools offer courses dealing with making games, and scholarships like these encourage young people to go after those subjects.

The Randy Pausch Scholarship gives $2,500 to two individuals. The AIAS established it in 2008 to memorialize Dr. Randy Pausch. He was a computer science professor and cofounder of the Entertainment Technology Center at Carnegie Mellon University. He died in 2008. Students looking into careers in interactive entertainment related to art, animation, programming, engineering, game direction, game design, sound design, and music composition are all eligible.

The Mark Beaumont Scholarship awards $2,500 to two students as well. It started in 2010 as a way of honoring former Capcom North America chief operating officer Mark Beaumont, who died in 2010. Student interested in interactive-entertainment careers that involve management, law, marketing, public relations, and business development can all go out for this grant.

“The power of the Randy Pausch and Mark Beaumont Scholarships goes beyond the $2,500 cash awards,” AIAS Foundation president Don Daglow said in a statement. “The AIAS scholarships give the winners visibility and connections to a wide array of companies in the business, setting the stage for their entry into games industry careers.”

Additionally, the AIAS is offering the winners the chance to mentor in a program at the 2016 D.I.C.E. Summit and D.I.C.E. Awards.

“It’s through the Academy’s talented scholars that we are able to keep the legacy of Randy Pausch and Mark Beaumont alive,” AIAS president and AIAS Foundation board member Martin Rae said. “We look forward to the new class of AIAS Foundation scholars, who I know will make us proud in leading the torch for the future of video game development and leadership.”