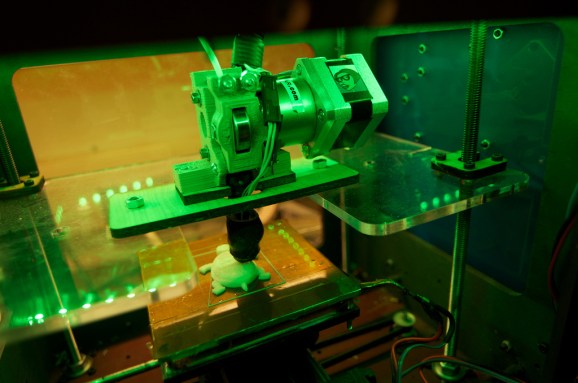 The market for 3D printing continue to build momentum last year as 133,000 printers were shipped, indicating that the nascent manufacturing revolution has some legs.

According to a report from Canalys, those sales represented a 68 percent increase in 3D printers shipped. The result was $3 billion in revenues generated by printer sales as well as sales of associated materials.

“We’ve seen the 3D printing industry go from strength to strength in 2014,” said Canalys analyst Joe Kempton in a statement. “As we expected, the holiday season saw the most significant growth, particularly in the consumer segment, with many users buying their first 3D printer.”

The growth is being driven by prices that continue to drop and a wider variety of 3D printer models. In addition, the ability to fund product creation via crowdfunding platforms has also created more demand for 3D printers, Canalys said.

In just the last quarter of 2014, Canalys found that 3D printer revenues passed $1 billion for the first time in a single quarter.