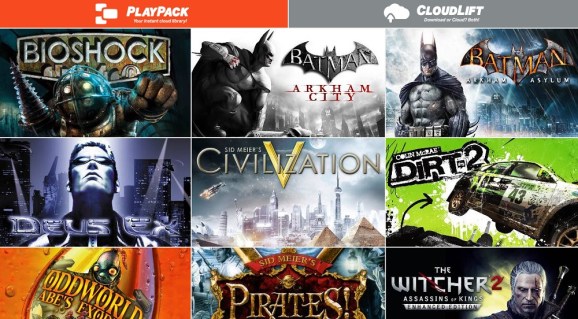 It looks like OnLive customers are going to be out of luck in getting refunds, now that we learned yesterday that Sony has bought certain assets and OnLive is shutting down all services. OnLive has been providing cloud gaming service since 2010, selling games and subscriptions for games that were accessible on its servers. But those servers are shutting down on April 30.

This deal clearly shows the perils of purchasing cloud games for consumers. Clearly, if the cloud gaming service goes out of business, your games disappear.

Sony is acquiring OnLive’s patents and other assets, but it isn’t hiring all of its employees and it won’t be acquiring its services.

OnLive isn’t going to charge anything from this point forward, but it’s also not providing refunds for any game purchases, hardware purchases, or subscriptions. A spokesman for Sony said, “We’re not able to comment on other companies’ customers.”

Here’s what OnLive had to say on the shutdown:

It is with great sadness that we must bring the OnLive Game Service to a close. Sony is acquiring important parts of OnLive, and their plans don’t include a continuation of the game service in its current form. Your service should continue uninterrupted until April 30, 2015. No further subscription fees will be charged, and you can continue to play all of your games until that date.

After April 30, 2015, our data centers will shut down and the service will be offline. All accounts will be closed, and all data deleted including game save data, achievements, and credit card data will be deleted. If you purchased a Steam game from OnLive, that game will still be available on Steam. No refunds will be available for any game purchases, hardware purchases, or subscriptions.

We will have extremely limited coverage for customer service over the next 30 days. We hope the FAQs below will answer all of your questions. We thank you from the bottom of our hearts for being an OnLive customer, and we wish you all the best.

Q: I bought a PC-only Steam game under the assumption that I could play it via OnLive on my Mac. Can I get a refund?
A: Unfortunately no refunds are available for Steam games purchased via OnLive.

Q: I bought an OnLive Game System, or OnLive Universal Wireless Controller. Does the hardware work with any other platforms?
A: OnLive’s hardware does not work with any other platforms. No refunds are available for hardware purchases, unless it was purchased on or after Feb. 1, 2015. If your purchase falls within that window, you may request a refund by sending an email to support@onlive.com with the subject line Hardware Refund.

For Second Life (SL Go) customers, OnLive had this to say:

Q: Can I get a refund for my subscription?
A: Refunds for subscriptions are not available.

Q: How do I uninstall SL Go?
A: On a mobile device, move the app to the trash. On a PC or Mac, refer to the instructions on this page: http://support.onlive.com/app/answers/detail/a_id/150.

And for OnLive Desktop, here’s the info:

Q: What happens to my data or files that are stored on OnLive Files?
A: All data or files will be deleted after April 30, 2015. We strongly suggest that you back your data up ASAP.

Q: How do I back up my data from OnLive Files?
A: To access your files from a PC or Mac, open a web browser on your computer and visit the OnLive Files website at http://desktop.onlive.com/account/myfiles. Select a document filename to download the file to your computer. Depending on your browser settings, the files may be saved to a Downloads folder. You can then copy the files to your preferred backup storage device. Note that you cannot download files to your tablet from within the OnLive Desktop App.