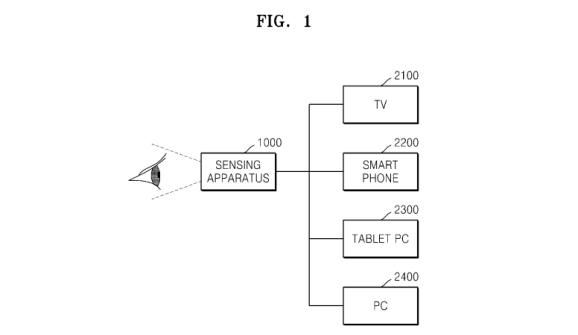 You look down at your Samsung phone and it snaps a shot of your face to unlock. In your music app you blink once to play a song. You blink twice to open metadata about the song and the artist. You move your eyes right to scroll through albums in your collection. You move your eyes left, then right, to control the volume.

This is the type of use case Samsung is aiming toward with a newly patented technology that allows a user’s eye movement to control devices and their various functions — and the device can be a phone, tablet, PC, or TV, the patent says. 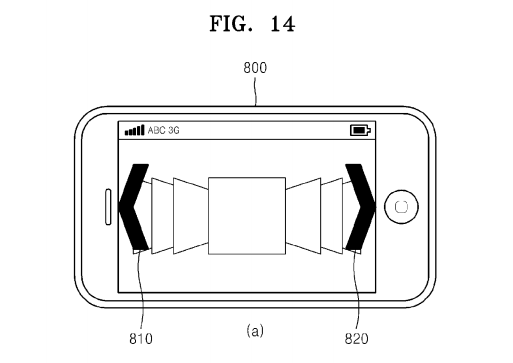 Here’s the text from the patent itself, which was published by the U.S. Patent and Trademark Office Thursday:

In general, the patent describes a function where sensors on a device track the movement of the user’s eyes to move a cursor around the screen. A separate sensor is used to track when the user blinks, a command akin to a the click of a mouse.

The patented technology provides for a number of eye movements for controlling device or app functions. 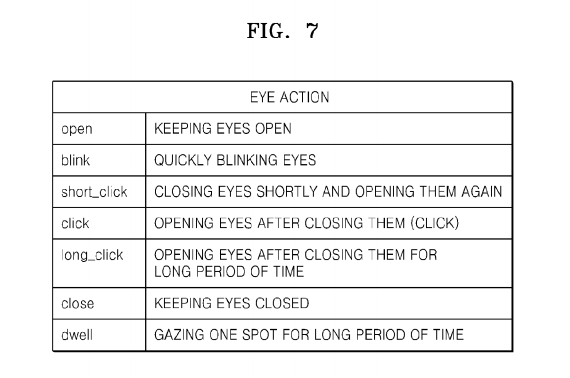 Samsung submitted its application to the U.S. patent office in March 2013.