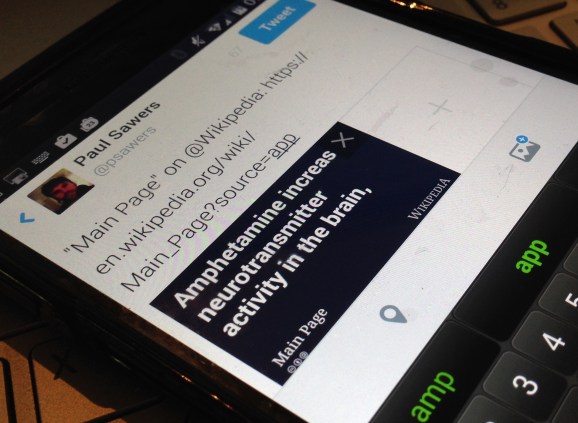 An update to the Wikipedia Android app introduces a new “enhanced sharing” feature that lets anyone highlight text from an article and share within an image.

Users choose a little interesting factoid from any page by long-pressing their screen and dragging the little sliders. They then hit the “share” button and they’ll see an option to share as text, or as part of a picture — the user can’t define what picture is used, however, as the app automatically pulls one in from the Wikipedia page in question. 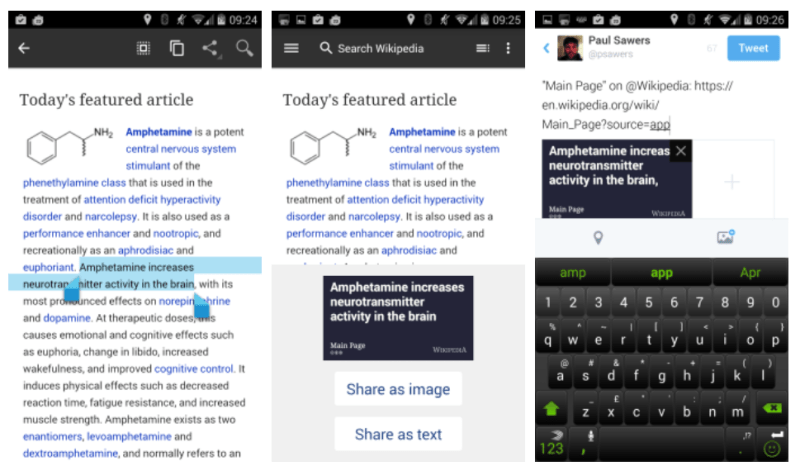 This may seem like a minor move on the surface, but it does follow a growing trend across the social realm — sharing pictures with text on top, rather than plain text. This has been proven to increase interactions and general shareability, be it retweets or Facebook likes.

Last month, popular social-scheduling tool Buffer unveiled a similar new tool called Pablo, designed to complement its main offering and help marketers create shareable images in under 30 seconds. Buffer cofounder Leo Widrich said at the time that tweets with images increased engagement by “up to 150 percent,” according to their own studies.

Wikipedia’s enhanced sharing feature isn’t designed specifically for marketers, but it does offer them an easy way of creating shareable content on the move. While it is restricted to Wikipedia for Android just now, it will likely arrive for iOS in a future update too.