If you hear that a tech company turns 40, you might imagine that it has grown predictable or boring. But that’s not the case with Microsoft, which is celebrating its 40th birthday today.

Sure, Microsoft still does sell the Windows operating system, and Office software, and Xbox gaming systems, among other things. But in the past year, the tech superpower hailing from Redmond, Washington, has made a whole bunch of announcements demonstrating that it’s not the same old Microsoft.

A fascinating new augmented-reality system. A new browser that isn’t called Internet Explorer. A “Microsoft loves Linux” campaign. And the notion of an open-source Windows. In other words, this is not your mother’s Microsoft.

And the market likes this Microsoft. In November the company’s stock reached its highest point since 2000.

Of course, that could have something to do with the company’s financial performance over the past few quarters, but the public perception of Microsoft certainly matters, too.

Here’s a rundown of some of the more impressive things to come out of Microsoft in the past year, following the appointment of chief executive Satya Nadella:

While developers drool over and start playing around with Docker, an open source technology for packaging up code into convenient containers that can move from one server environment to another, some big companies could be sitting out of the conversation, for the most part. Many IT shops run the Windows operating system on their own servers, preventing the use of Docker in such places, except when developers take to external public clouds.

Microsoft has declared that it’s seen the light. It’s now working with Docker to make the company’s container innovation available in data centers in the next version of Windows Server. That means developers can build new applications inside Docker containers for the development, testing, and production stages if they so choose and then, without changing their code, drag the applications in containers to one cloud or another.

Microsoft announced a significant change to its Office strategy for mobile devices: creating and editing is now free. The company also released standalone Word, Excel, and PowerPoint apps for the iPhone, as well a new preview of these apps for Android tablets.

Now, whether you’re using an Office app on Android or iOS, you can create and edit content without an Office 365 subscription. The company is pitching this move as “More of Office for everyone.”

This is by far the biggest news, since it affects all of the company’s current Office mobile apps, as well as future ones.

Microsoft starts to open-source .NET and take it cross-platform to Mac, Linux

Microsoft announced plans to open-source .NET, the company’s software framework that primarily runs on Windows, and release it on GitHub. Microsoft also unveiled plans to take .NET cross-platform by targeting both Mac OS X and Linux.

In the next release, Microsoft plans to open source the entire .NET server stack, from ASP.NET 5 down to the Common Language Runtime and Base Class Libraries. The company will let developers build .NET cloud applications on multiple platforms; it is promising future support of the .NET Core server runtime and framework for Mac and Linux. 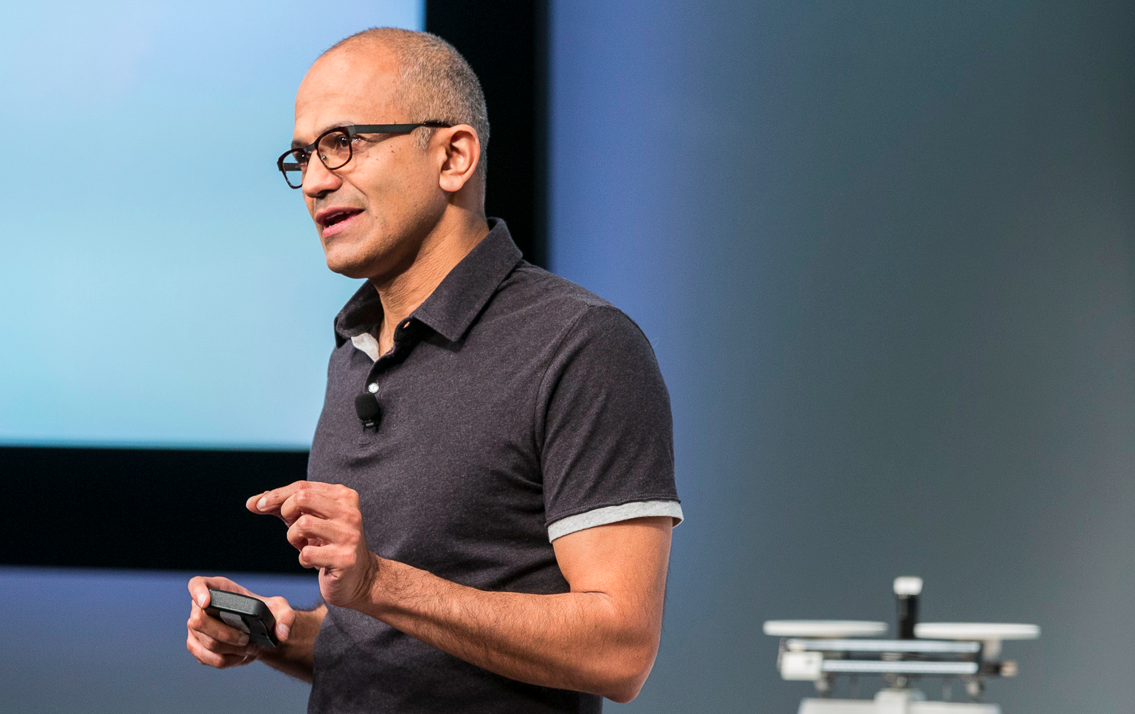 Microsoft will offer free Windows 10 upgrades from Windows 8.1, Windows Phone 8.1, and Windows 7 for one year

Microsoft will be providing some Windows users with free upgrades to the newest version of the operating system, Windows 10, the company announced.

“I’m very excited to announce that for the first year after Windows 10 is available, we will be making available a free upgrade to Windows 10 to all devices running Windows 8.1,” said Terry Myerson, executive vice president of Microsoft’s Operating Systems group, kicking off a series of news announcements at a press event.

And the browser packs in Cortana.

Microsoft is getting deeper into augmented reality. 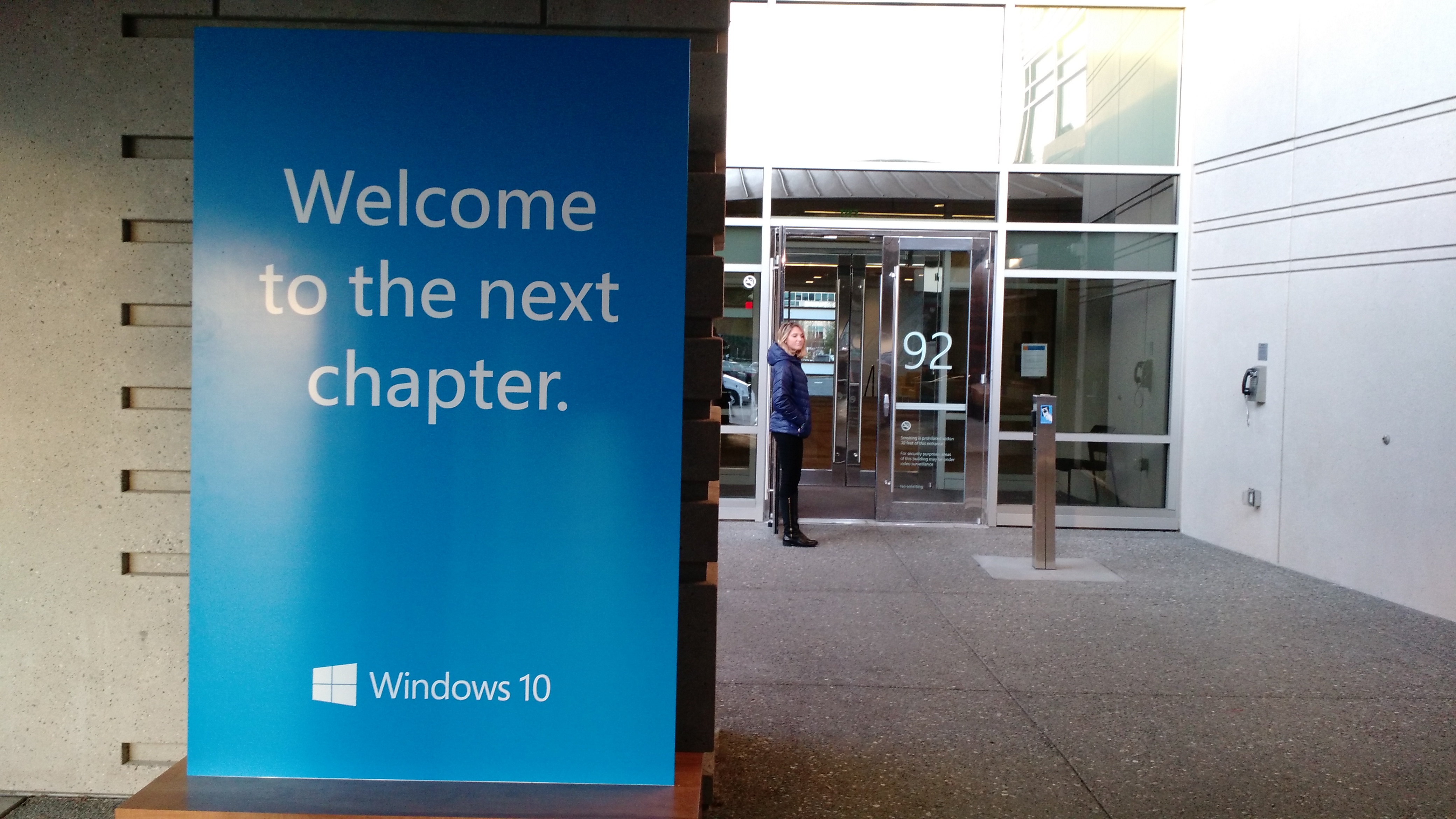 Above: “Welcome to the next chapter.” of Microsoft Windows, that is. At a Windows 10 press event on the Microsoft campus in Redmond, Wash., on Jan. 21.

A significant percentage of Microsoft’s revenue comes from the sale of proprietary software like Office and a little thing called Windows. Despite that legacy, though, the technology giant in the past year has made a point of championing free, open source software, and the acquisition of Revolutions Analytics shows the strategy is still firmly in place.

Microsoft is giving programmers more options when it comes to deploying its version of the open-source Hadoop big data software on the Microsoft Azure public cloud. Specifically, it will become possible to set up the HDInsight Hadoop service on Azure on top of servers running the Ubuntu Linux operating system, not just Windows, Microsoft announced.

“Today, we are announcing that customers can run HDInsight on Ubuntu Linux clusters, in addition to Windows, with simple deployment, a managed service level agreement and full technical support,” T. K. “Ranga” Rengarajan, corporate vice president of data platform at Microsoft, and Joseph Sirosh, corporate vice president for machine learning at the company, wrote in a blog post. “This is particularly compelling for people that already use Hadoop on Linux on-premises, because they can use the common Linux tools, documentation, and templates and extend their deployment to Azure with hybrid cloud connections.”

Windows Hello and Microsoft Passport: Unlock Windows 10 devices and apps with your finger, iris, or face

Microsoft announced that biometric authentication is coming to Windows 10. Windows Hello will let you unlock your Windows 10 device, whether it be a PC, tablet, or a smartphone, with your finger, iris, or face. Microsoft Passport will take this further by letting you access apps and online services without a password.

Microsoft describes Windows Hello as “biometric authentication which can provide instant access to your Windows 10 devices.*” That asterisk is no typo. The fine print states that Windows Hello requires specialized hardware, “including fingerprint reader, illuminated IR sensor or other biometric sensors.” Above: Microsoft’s HoloLens, in action.

In January, we learned that for one year, Microsoft would offer free Windows 10 upgrades to those running Windows 7, Windows 8.1, and Windows Phone 8.1. At its Windows Hardware Engineering Community (WinHEC) event in Shenzen, the company revealed that this deal will be available to pirates worldwide.

Reuters first broke the news by quoting Terry Myerson, Microsoft’s Windows chief: “We are upgrading all qualified PCs, genuine and non-genuine, to Windows 10.” Yet the article’s headline and body focused on China, where Windows piracy rates are particularly high, so we reached out to Microsoft to confirm the scope.

“Anyone with a qualified device can upgrade to Windows 10, including those with pirated copies of Windows,” a Microsoft spokesperson told VentureBeat. “We believe customers over time will realize the value of properly licensing Windows, and we will make it easy for them to move to legitimate copies.”

The audience naturally got quite excited and applauded enthusiastically, even before an answer was given. To the surprise of some, the Microsoft executive responded positively.

“It’s definitely possible,” Russinovich said, according to TechFlash. “It’s a new Microsoft. Literally every conversation you can imagine about what should we do with our software: open, not open, services. It’s happened.”

Such activity suggests that Microsoft is alive and well at 40. The question is how long Microsoft will live. Perhaps it will stick around for another 40 years, as my colleague Emil Protalinski suggested yesterday — or even manage to live to 100.

In any case — happy birthday, Microsoft.