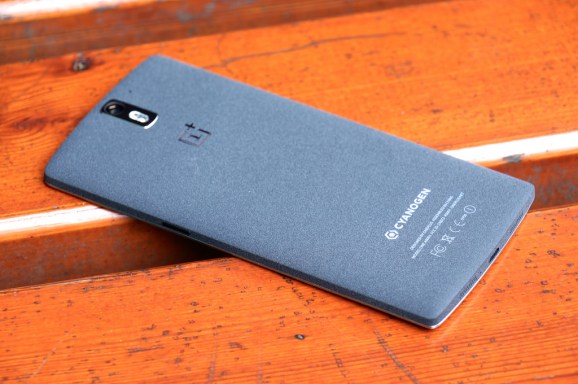 The OnePlus One phone.

A little later than expected, OnePlus has finally launched its much-anticipated Android Lollipop-based operating system, OxygenOS, for its One smartphone.

This expedited OnePlus’s development of OxygenOS.

Today’s launch will likely lead to the company replacing its existing CyanogenMod-based ROM across the board, but for now the official over-the-air (OTA) updates will continue to be CyanogenMod, presumably until OnePlus is confident it has a winner on its hands with OxygenOS and ironed out any issues. The company’s announcement today says:

We want to emphasize that we built this initial version so that you guys could begin taking a direct role in the future of Oxygen. To make sure we’re heading in the right direction, we need your input.

Based on Android 5.0.2, OnePlus’s new custom ROM isn’t available OTA , so you’ll have to head here to download it.

OnePlus has made headlines over the past year for the One, a premium-spec low-price device — it comes in at $299/$349 (16GB/64GB). But it hasn’t been easy to get ahold of one of these phones, with OnePlus adopting an invite-only system with small windows of opportunity for anyone to buy one.

Today’s news comes a month after OnePlus made its phone available to buy across the whole European Union, though shortly after the company announced a price hike in the eurozone, citing the falling value of the euro.

Meanwhile, you can have a glimpse of what the new OxygenOS ROM looks like in the demo video below.