Years ago, $30 may have seemed like a ridiculous price to pay for a single in-game item. But with the arrival and success of extravagant spending on games like the space sim Star Citizen, expensive digital goods for free-to-play game are only going to become more common.

Valve, who has both Team Fortress 2 and Dota 2 under its belt, does a big business in virtual goods. With each of its recent major updates to Dota 2, the publisher has released themed cosmetic items for $35 ($27 if you preorder), the latest of which is a magical shawl for the Crystal Maiden character. This includes a small pup that follows her around but does not affect gameplay in any way.

Spending money in Dota 2 is more of a luxury than in other free-to-play games. Unlike other multiplayer online battle arena games such as League of Legends and Heroes of the Storm, players don’t have to spend money to unlock their favorite characters — all of them are available from the start, for free. Players spend money solely to make their favorite characters look better, or to show off commitment to a particular favorite by buying items that track certain stats, such as kills made with certain spells.

Because all purchases made or inherently more voluntary (players never feel as though they “have” to buy something in order to keep playing), Valve is incentivized, more than most free-to-play companies, to earn good will from their players. The company has been incredibly successful, with Steam users having earned over $50 million from in-game items (and Valve taking a cut of every sale), but many of their economic “experiments” with the game have left a sour taste with players.

Like many of the players spending money on Dota 2, I have a large collection of cosmetic items. My 900-item trove is valued at just over $450. According to Steam, I’ve actually spent $425.55 on Dota 2 items, but the number is off because it only counts purchases made in-game, and not on the Steam marketplace, or items acquired through redemption codes to get special one-off items. Like real items on real markets, these items depreciate and accrue value over time. I’d put the real number closer to $600.

It’s a large number to spend in the abstract, but my spending is a small drop in the $50 million bucket. It’s hard to know just how many whales are out there spending money on the game, but with Dota 2 being the most popular game on Steam, there’s likely a good number of them out there. The game’s most expensive items top out at over $400 on the Steam Community Market, the highest Valve allows users to sell their items for. If you do the math, at 2,273 hours and $600 dollars spent on Dota 2, I’ve gotten about four hours per dollar — a pretty good deal considering the average price point and length of modern games. Above: The Year Beast’s background and lore are tied into the deeper mythology of Dota 2

This spending also supports those who’ve decided to make their living creating and selling items for the game, and Valve supports them by making their creations the majority of the items available (magical shawls notwithstanding). Big spenders also support Valve’s decision not to keep gameplay-crucial things like characters behind paywalls. Though it is still fueled by the desire to have new items, spending money on Dota 2 can be almost be seen as philanthropic, in a capitalistic sense.

However, not all of Valve’s models work out. The most recent Dota 2 event, February’s Year Beast Brawl, was read by many as the biggest “pay-to-win” feature the game has had yet. The new mode played just as a regular Dota 2 match would, except both sides had a Year Beast monster to help them fight. Players were allotted a certain number of points to upgrade their beast and use its abilities, and players could then buy additional points.

This could have made for a fun distraction from the game’s regular playstyle, but because the winning team walked away with full sets of cosmetic items, the event quickly devolved into the aggressive, serious-business playstyle often exhibited by players when something of value is on the line.

It turned Dota 2, a game about the intrinsic reward of playing well and getting better, into a fight for extrinsic rewards. Players found the optimal characters for fighting with the beast, quickly, which made for several uninteresting matches. Players even took advantage of perceived notions about other countries to earn a few ill-gotten items.

Many players also wanted to work their way toward a Goldhorn, a special courier item they would receive once they had amassed 8000 points. Those who bought the Crystal Maiden item received 2400 points, and would gain 25 bonus points for every member on their team who had also purchased the item. Anyone could buy 2400 more points for ten dollars (this was later changed to five dollars, and those who bought in for ten received another 2400).

With players only getting 100 points per match, it was far easier to pay a few dollars to buy the reward than it was to play for it. This was exacerbated by the mode’s limited availability (it was only available during predetermined twenty-minute windows every three hours) and tendency to crash Steam’s servers. Players reported being unable to get the Goldhorn legitimately, despite investing large sums of time into the mode. “I played it a lot because I had a couple weeks off work,” said NeoGaf member Visualante2. “I played it so much and still didn’t get the goldhorn. This was the most insulting thing, because I couldn’t really have played more without cutting into sleep … overall, it was a bit of a waste of time.”

Players did not have to buy points in order to play and could still win items, but teams with more points had an enormous advantage, and were more likely to win. However, even those with money in the game didn’t find the mode particularly fun. “I bought CM Arcana and an extra 2,400 points off the market when they were really cheap so I could cheese through the event,” said NeoGaf user Acinixys. “The mode was terribly stupid, but getting max support and being able to constantly spam spells was hilarious.” 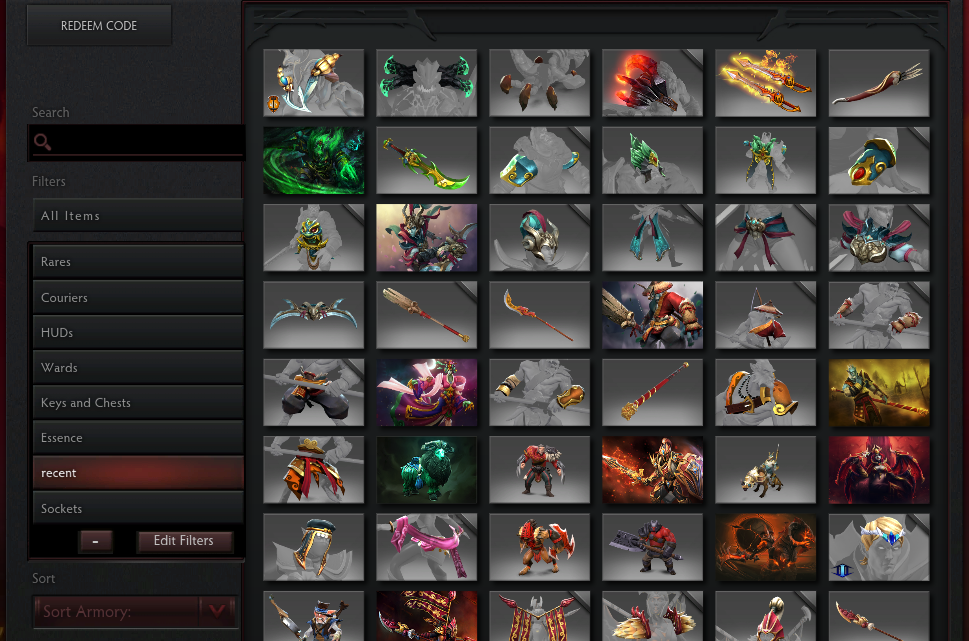 Above: Players who did well during the Year Beast Brawl could quickly amass items they’d normally have to buy.

Still, a few did find the mode fun, and used it was a way to get free items (if they won) and make friends. “I didn’t waste a penny on it or got the CM arcana to boost my points,” from NeoGaf user SilentRaccoon. “I felt the only thing needed was a good team to work with and constant communication for an easy victory. … [I] also got to meet very cool people I teamed up with, learned to play some new heroes I hadn’t tried before and the 50 or so sets that it earned me weren’t unwelcome either.”

Unfortunately, whether Valve wanted a quick buck or had a genuine interest in introducing fun new modes, it’s now dangled the extrinsic reward of items in front of players, and it’ll be difficult to close this particular Pandora’s Box. If the next new mode doesn’t have the lure of items behind, players will likely ignore it. If Valve stops making new modes, fans will likely be upset over the lack of new content

Valve faces a number of challenges in maintaining a free-to-play game. At its best, their current model is a chance for players to “give back” to a game they love. At its worst, it makes them feel like guinea pigs. Because of their position in the market with Steam, Valve has every reason to do right by players (since frustration at Dota 2 could lead to less enthusiasm about the platform in general), but fumbles like the Year Beast Brawl could leave players less inclined to spend money. Getting players to pay of their own volition and coercing them are two different strategies, and Valve must strike a balance if it wants to keep players for the long run.