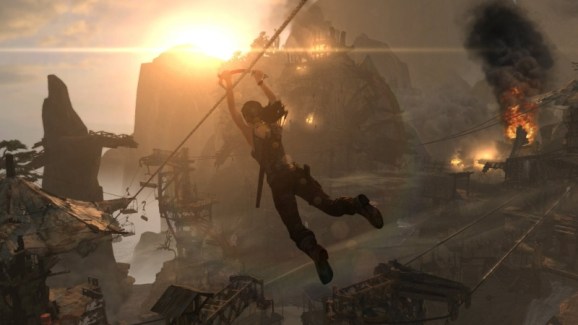 Lara zooms off into the sunset with a successful game.

Lara’s big comeback proves to be even more successful than initially expected.

Crystal Dynamics says that its recent reboot of the Tomb Raider series was the franchise’s best-selling game yet. It has sold more than 8.5 million copies worldwide since its early 2013 release when it initially launched on Xbox 360, PlayStation 3, and PC. The subsequent release of an improved port for PlayStation 4 and Xbox One last year, Tomb Raider: Definitive Edition, helped push it to this sales record. The action-adventure franchise originally kicked off in 1996 as a key title for the PlayStation, and it has since sold 40 million copies worldwide.

The announcement of this sales record comes two years after Crystal Dynamics parent company Square Enix blamed low sales of Tomb Raider for lost revenues of $134 million for the 2013 fiscal year. Even after breaking records for first-day and first-mont sales, the reboot took awhile to warm up. A year after launch, Square Enix deemed Tomb Raider a financial success, with the company saying it had “exceeded profit expectations.”

In August, Square Enix announced Rise of the Tomb Raider, a sequel exclusive to Microsoft’s Xbox One. It is slated to release this Fall.