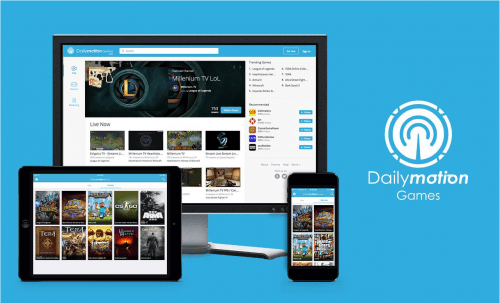 In a two-year drama that has highlighted both the fears and optimism surrounding French startups, it looks like video streaming site Dailymotion has received a bid that may result in the company being sold.

Today, French media conglomerate Vivendi publicly confirmed that it had bid to acquire one of YouTube’s larger rivals. A report in the Wall Street Journal pegged the bid at $273 million, though Vivendi declined to confirm that.

Still, the offer from Vivendi seems likely to please the French government, which has fought to keep Dailymotion, one of the country’s more successful startup stories, out of the hands of rivals based in Asia or the U.S.

The intervention by the French government at various points to block sales of Dailymotion has been a source of frustration for the country’s entrepreneurial community. For entrepreneurs and venture capitalists, an exit of any kind would be seen as a success, whereas the government has at times appeared more interested in protecting the independence of a French company, even if that slowed its growth.

Two years ago, Yahoo made an offer to buy Dailymotion, only to be blocked by France’s Economic Minister Arnaud Montebourg. Dailymotion is owned by the country’s telecom giant, Orange. But because the French government still holds a 24 percent stake in Orange, it has been able to veto attempts to sell Dailymotion.

According to a colorful account in the Wall Street Journal, Yahoo and Orange executives meeting with Montebourg in his office were told by the minister, “I won’t let you sell one of France’s best startups. You don’t know what you’re doing.”

More recently, Montebourg was replaced by Emmanuel Macron, who has attempted to promote a new image for France as a haven for startups, entrepreneurs, and innovation. During an interview at the LeWeb 2014 conference in Paris last December, Macron was asked about Dailymotion’s attempts to sell itself and said that he did not think it was his role to “intervene in the management of business.”

Which was why many were surprised earlier this month when Macron spoke out about reports that Dailymotion was in talks to sell a 49 percent stake to Hong Kong’s PCCW. Macron said he preferred that Dailymotion seek a European buyer, and PCCW subsequently withdrew from talks.

“An environment where policies appear to favor a French or European solution is discouraging for international business participation,” PCCW said in a statement. “We will therefore withdraw our discussions with Dailymotion and its current owners.”

Dailymotion was founded in 2005, about the same time as YouTube, which grew much faster. In recent years, Dailymotion has been seeking a partner or acquisition to help accelerate its international growth.

After the most recent comments from Macron, Orange chairman and chief executive Stéphane Richard expressed frustration that for all its talk, the French government still didn’t seem to understand how to support companies that want to grow.

“If you want to kill companies that have succeeded in France,” Richard said in biting remarks to financial analysts earlier this month, “then let’s go on like this.”

According to the Journal, Vivendi would want to pair Dailymotion with other video services it owns, including Canal Plus, France’s equivalent of HBO, as well as Vevo.

If and when a sale to Vivendi happens, it remains to be seen if Dailymotion can gain the kind of momentum it needs to truly become a global force. But as a case study about France’s attitudes toward innovation, Dailymotion’s fortunes are sure to be debated for years to come.