Google has quietly announced Google Moderator will be shut down on July 31, 2015. Users can download their Google Moderator data from Google Takeout, the company’s service for exporting your account data, where it will be available for “at least two years.”

Google Moderator users will still be able to create a new series, ask questions, or vote on questions until June 30. On July 1, however, Google Moderator will only be available in a read-only mode, and then it will be killed off at the end of the month. 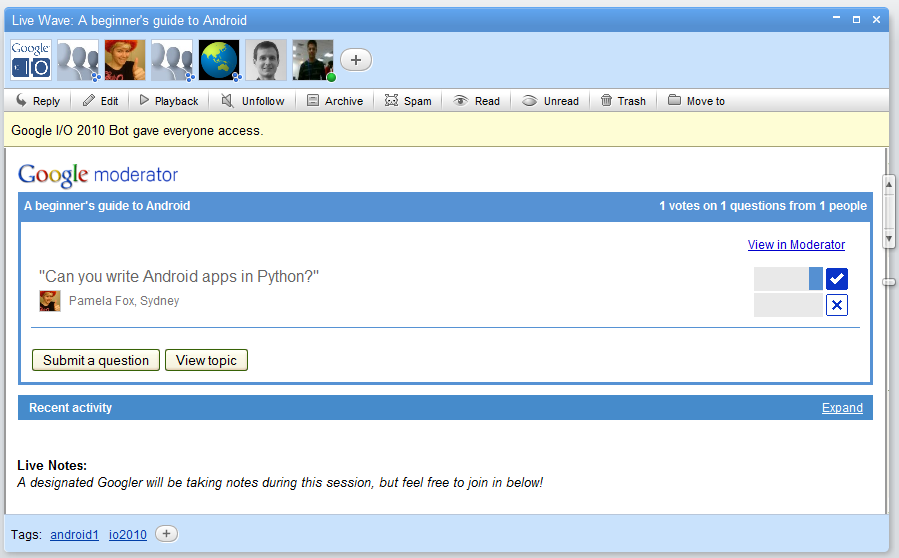 Launched in September 2008, Google Moderator ranked user-submitted questions, suggestions, and ideas. The crowdsourcing service managed feedback from a large number of people by letting them not just ask their own question but vote for the top questions that they think should be posed.

Google Moderator’s main goal was to ensure that every question was considered so that the moderator of a team or at an event could address the questions that the audience most cared about. Everyone’s questions were thus publicly visible.

The service was subsequently used in various political debates, though it didn’t seem to garner much attention or use outside of select events. As Google often does, the company likely decided Google Moderator wasn’t worth the development resources and maintenance time.

With the rise of Reddit, on which Obama held an AMA in August 2012, it’s really no surprise Google Moderator is going the way of the dodo. Even Google can’t compete with the front page of the Internet.