Amazon’s Kindle may be the poster child of e-readers, but Kobo has been making decent alternatives for a while too — and today it has announced plans to launch what it calls the “highest resolution e-reader at the lowest price.” 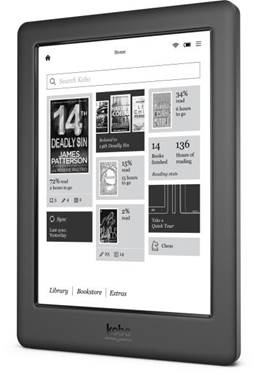 With the Kobo Glo HD, the Canadian company is clearly taking on the high-end Kindle Voyager, except Kobo is undercutting Amazon’s $200 price tag by $70.

The Kogo Glo HD sports a 300 ppi (1448 x 1072) E-Ink touchscreen display, which means it should get fairly close to replicating the look of real print on real paper. It also comes replete with a built-in light and 1GHz processor, and will be available in black only.

Kobo, a name derived from an anagram of “book,” was snapped up by Japanese e-commerce juggernaut Rakuten back in 2011, and has introduced a number of good quality e-readers and tablets to market.

The new device will launch in the U.S., Canada, Australia, and New Zealand from May 1, costing $129.99 (USD) or the local currency equivalent. It will be rolling out through Europe later in the month for €129.99, starting with France (May 22) and followed by Italy, Germany, Spain, and the Netherlands. It will also launch in the U.K. on June 1, costing £109.99.

VentureBeat will be getting ahold of a review unit before it launches, so stay tuned for the full lowdown later this month.