Electronic Arts is teaming up with Hollywood to make multiple mobile games based on the Minions characters from the Despicable Me movies.

The cute little yellow characters are getting their own movie, and the next mobile game coming is Minions Paradise, out this summer. This kind of title is increasingly important in mobile gaming, as brands and movie tie-ins are a good way to help a game spread fast and get around the huge problem of rising user acquisition advertising costs.

To bring the Minions to the smartphone and tablet screens, EA Mobile has struck a partnership with Illumination Entertainment and Universal Partnerships & Licensing.

“EA is excited to partner with Illumination and Universal Partnerships & Licensing to bring these delightful characters to life for millions of fans on mobile devices,” said Frank Gibeau, executive vice president of EA Mobile, in a statement. “This incredible partnership will help us bring players an unforgettable way to build the ultimate playground for their Minions, with an engaging story and deep and varied gameplay.”

The deal is a loss for Gameloft, the French mobile game publisher that previously published the enormously successful Despicable Me: Minion Rush, which was downloaded more than 100 million times.

The first two Despicable Me films have generated more than $1.5 billion in box office revenues since 2010. A third film, Despicable Me 3, is due in 2017. Meanwhile, the Minions are getting their own movie this summer. A spin-off prequel feature film, featuring the Minions as the main characters, is scheduled to be released on July 10, 2015. Fans will also experience Minion Mayhem in 3D with the Ultra-HD movie motion simulator adventure at Universal Orlando Resort and Universal Studios Hollywood.

The film was written by Brian Lynch, and it is being directed by Pierre Coffin and Kyle Balda. Sandra Bullock will voice Scarlet Overkill, the villain of the film. 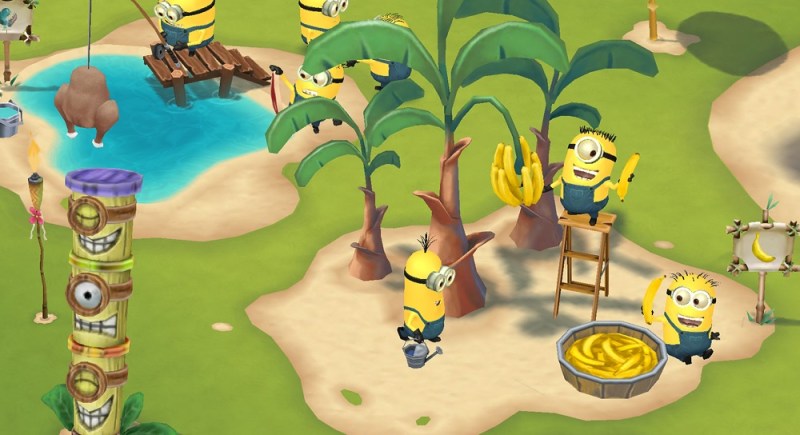 Minions Paradise features a new Minion character named Phil. In the game, players will create their own tropical Minion utopia and take control of Phil.

Illumination’s writers, directors, artists, and animators are already working with EA’s mobile development team on the creative side of the mobile games.

“We strive to find unique ways to work with our partners and are excited that our filmmaking team is creating game content side by side with EA and Universal,” said Chris Meledandri, founder and CEO of Illumination Entertainment, in a statement. “We want to bring the same level of care and creativity to these games that we bring to our films. For the first time ever, we are introducing a brand new Minion character in a game. Minions Paradise is a great way to start our new partnership with EA, and we look forward to sharing the game with fans all over the world this summer.” 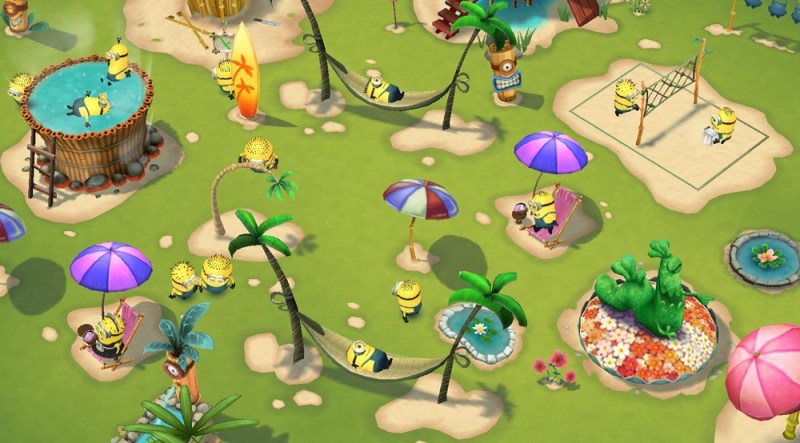 “We, and our world-class filmmaking partners at Illumination, are thrilled to team with EA, a clear industry leader in digital and mobile entertainment,” said Vince Klaseus, resident of brand development at NBCUniversal, in a statement. “The Minions have entertained audiences across the globe since they were first introduced in 2010’s Despicable Me, and this new mobile gaming content will engage players by allowing players to build their own paradise alongside the Minions on the world’s most ubiquitous and accessible devices.”

Minions Paradise will be free to download. In the game, Phil leads Minions to create the world of their dreams after finding themselves shipwrecked on a tropical island. Players have to help the Minions build, craft and design their ultimate tropical playground. 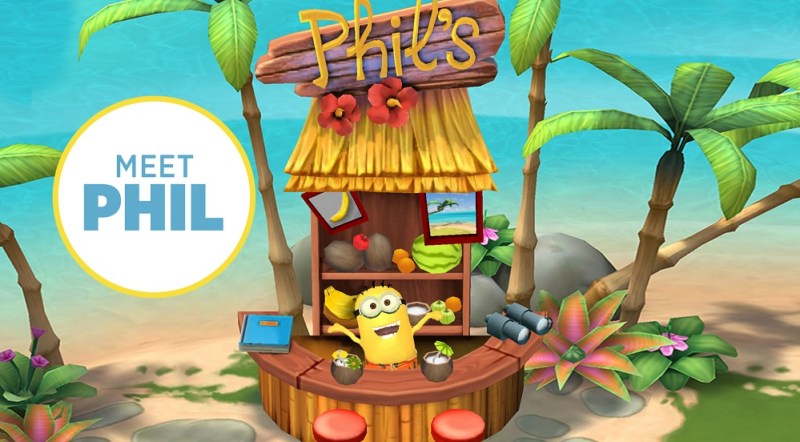