Today DJI unveiled its next generation of its camera-equipped quadcopter.

The Phantom 3 comes packed with a 4K camera with 12 megapixel imaging — a camera that is far better than the average drone carries. But DJI is known for this.

The new drone weighs 2.5 pounds and takes an hour to charge for 23 minutes of recorded flight. It comes at two price points: the Phantom Professional costs $1,259 and the Phantom Advanced is $999.

In addition to some control updates, which I’lll get to in a second, the company upgraded its in-app editing feature called Director. The new editing app will help users put together short films of their best footage that they can then post directly to social media streams like Facebook and Twitter. In addition to editing, the Phantom 3 will also be able to live-stream directly to YouTube. 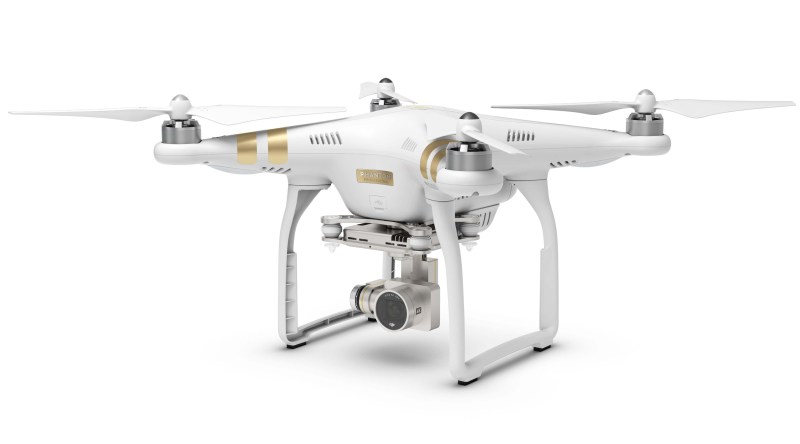 For the Phantom 3, DJI really focused on making the vehicle more precise, both in its imaging and with the technology in general. The Phantom 3 has a new stabilization system that makes video streaming flawless.

During a demo, DJI showed a group of employees launching the Phantom 3 from a hotel in Singapore to give us an aerial view of the city. To say it looked spectacular is not an overstatement, and what’s more, it was completely stable — no motion sickness here.

The stabilization technology is bolstered by an upgraded motor, which also allows the drone to accelerate and decelerate faster.

As I said before, the controls have been upgraded. The Phantom 3 has more refined controls on the camera itself, as well as retooled controls inside Phantom’s dedicated app. Within the app, DJI now allows you to see exactly what the camera sees in high def, and you have the ability to tweak the tilt of the camera as well as exposure and white balance. Also within the app, the live GPS map updates in real time.

The big take-home here is that DJI has made a prosumer device that is more affordable than some SLRs, with better video capabilities and stunning aerial performance.