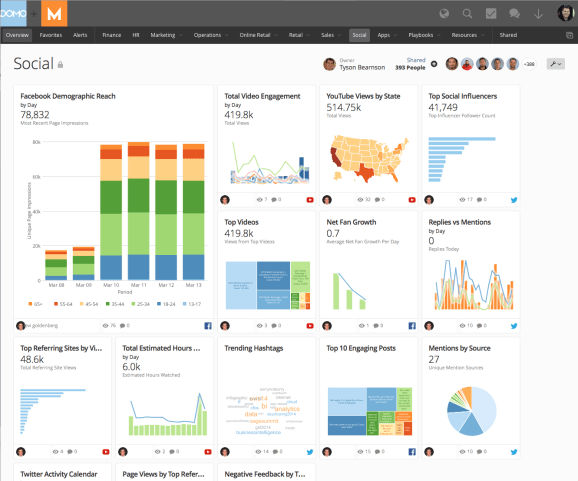 A screen shot of Domo's software.

For years, startup Domo has required people to sign nondisclosure agreements before they can take a look at its cloud-based business intelligence software. That changes today, as the startup finally gives up its stealth-mode status.

It’s announcing new products,including self-service tools for data visualizations and data transformation. And it’s also announcing a new $200 million round of funding, at an impressive $2 billion valuation that should keep the company hanging around for a while.

The question is how Domo, now that its stealth mystique is going away, will be able to execute in the business analytics and business intelligence markets, where investors continue to back several other startups — including Birst, GoodData, Looker, and SiSense — and major software company Salesforce recently unveiled its offering.

Domo started in 2010 and is based in American Fork, Utah.

To date Domo has raised more than $450 million, the startup said in a statement. Domo last announced funding — a $125 million round — in February 2014.