ESL, a major competitive-gaming organization, is revealing today that its most recent events attracted more than 1 million simultaneously online viewers and 100,000 in-person attendees. The Intel Extreme Masters and ESL One tournaments, which took place March 12 through March 15 in Katowice, Poland at the Spodek Arena, were some of the company’s biggest yet. ESL claims that 1 million for concurrent viewers was on Twitch alone, and it represents a new record for audience size for a single event on that video site. Globally, across all video platforms, ESL claims that more than 1.6 million people were watching at once.

This is more evidence of the growing popularity of e-sports. This market, which supports billion-dollar games, is on its way to making around $465 million on its own just from tournaments, ticket sales, and competition sponsors by 2017.

The ESL events focused on megapopular competitive games like League of Legends, Counter-Strike: Global Offensive, Hearthstone: Heroes of Warcraft, and StarCraft II. And each event managed to set new records for the largest online viewership ever for each respective game at an ESL tournament.

This is the fifth year for the Intel Extreme Masters events, which started as small gatherings that fit in larger expos a short while ago. Now, they are big enough to fill arenas on their own.

“It is a massive turnaround that represents incredible cultural growth for e-sports as a whole, with steady viewership that regularly rivals that of other major sports productions,” ESL managing director of pro graming Michal Blicharz said.

This is the third time ESL brought its IEM event to Katowice, and it is easily the biggest turnout yet. Lines started forming at the Spodek Arena in Katowice each day around two hours before the doors were set to open, according to an ESL official. And representatives from the organization say this should prove that the audience for pro gaming is hungry for in-person events.

“I think we can safely say that e-sports can create unparalleled memorable experiences,” said Ralf Reichert, Managing Director of ESL. “The community was ready [when we first went to Katowice two years ago], and they’re more than ready now.”

ESL provided the following infographic to help illustrate just how successful the weekend was: 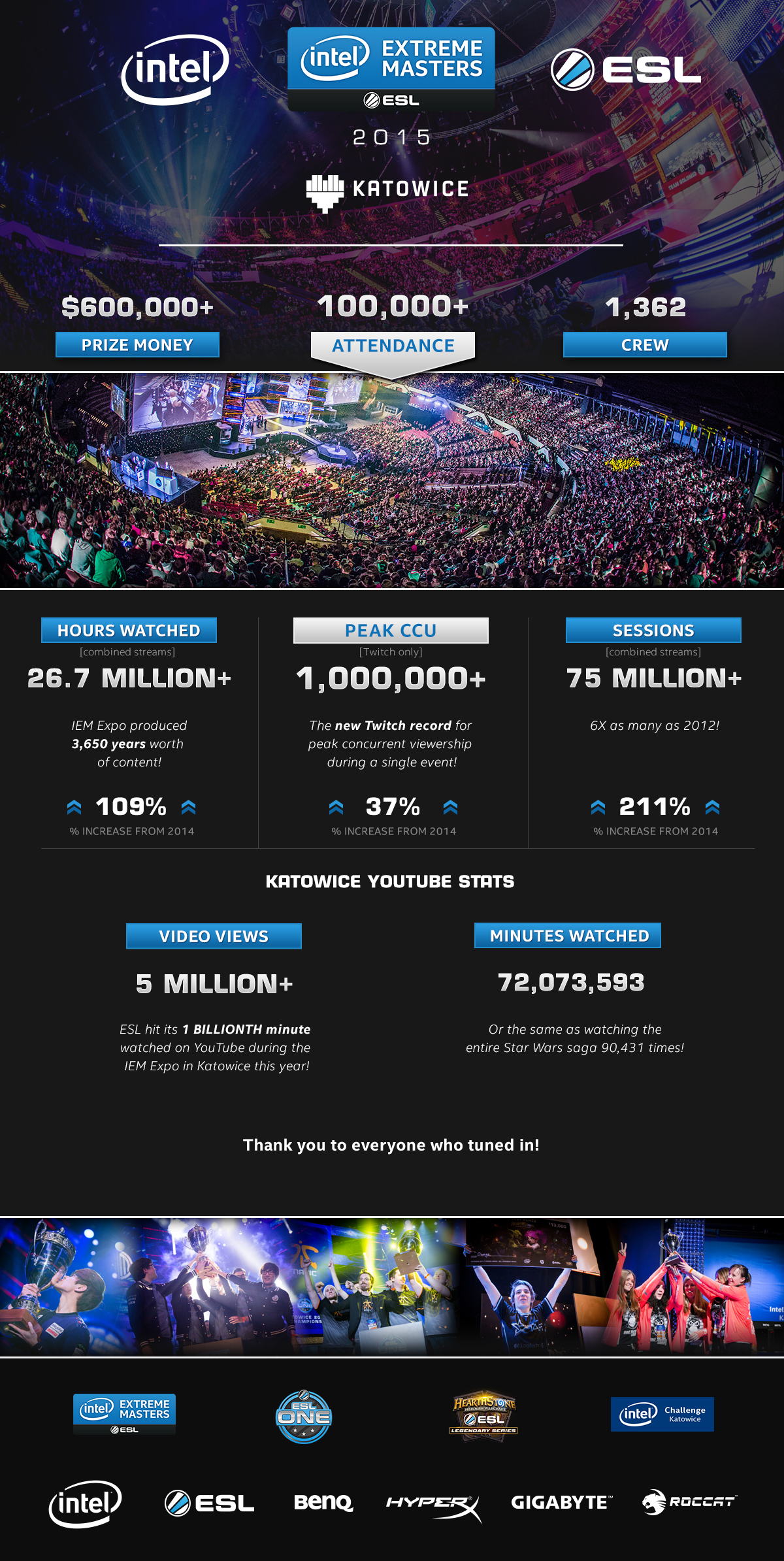