Hatred of math is a near-universal part of childhood.

Educators have attempted every possible method in the universe to make formulas and equations interesting. The closest someone ever got to making mathematical calculations fun came in the 1980s, with the Math Blaster series of educational entertainment (or edutainment) video games. The franchise spawned a Blaster! spinoff in multiple school subjects, but the original Math series has seen the most attention over the following three decades.

This year, educational games-juggernaut JumpStart has brought Math Blaster to Facebook, hoping to encourage the most tech-savvy generation of kids in history in the ways of numbers. I recently spoke to Gary Mahan, one of the developers on the project, via email about how they remodeled a titan of edutainment for a generation known for splitting their attention across multiple screens at a time. 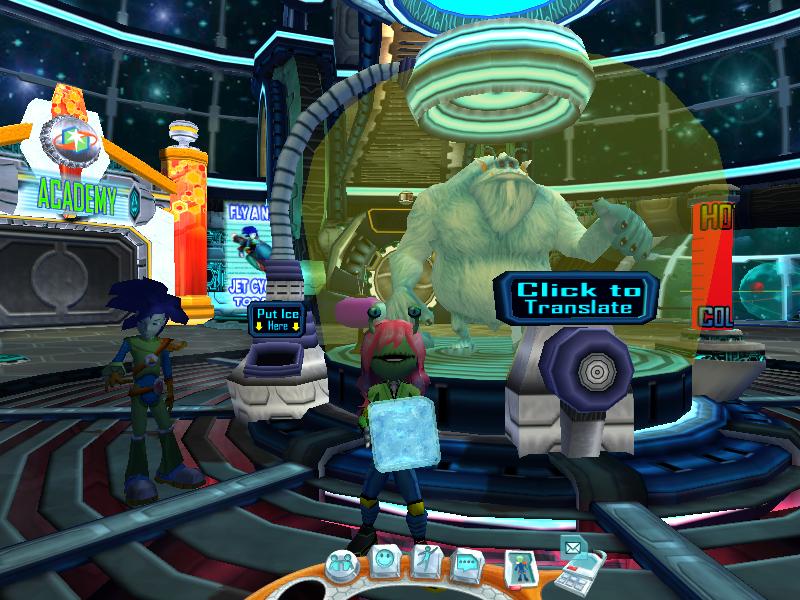 Above: What helped teach kids in the floppy disk era still works in the digital age.

According to Mahan, the fundamentals of Math Blaster don’t need a top-down rewrite. The diverse array of minigames (each devoting attention to subjects like subtraction and long division) and a drive toward sci-fi action has kept the series fresh enough to survive the decades largely intact.

“Math Blaster made its comeback on Web in January 2011, just as STEM [science, technology, engineering, and math] was becoming a big buzzword in educational circles,” wrote Mahan. “Because of the fast-paced, action-packed nature of Math Blaster, we decided to stick with our tried and true original approach. Math Blaster has a large collection of [mini-]games…to help kids practice, develop and strengthen their math skills in topics such as addition and subtraction, angle types, multiples, and standard form. Since we did not alter the game play, we did not alter the education within either.”

A Blaster for the social media generation 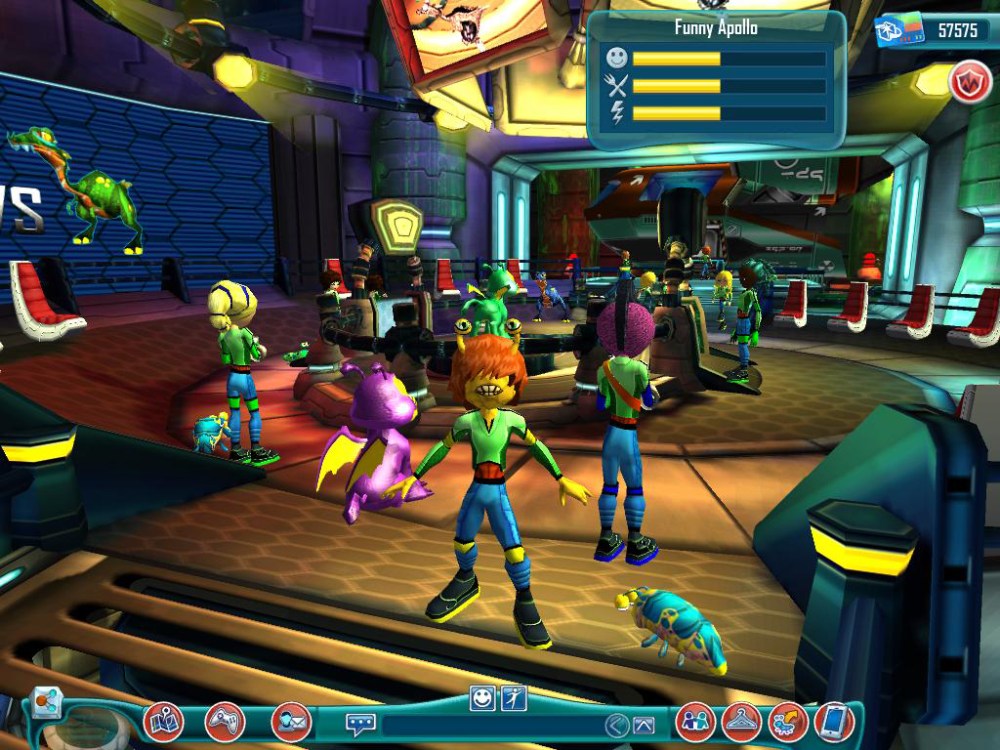 Above: Letting kids engage with their friends was a key component of bringing Math Blasters to the current generation.

The Facebook version of Math Blaster incorporates a full 3D world for kids to explore, complete with an in-game Monster Mutt pet for players to raise. The modern version looks just as much like an massively multiplayer online game as a trip on the Magic School Bus. This is especially true on social media, where engaging with friends (or BFF, aka Blaster Friends Forever) with score comparisons and progress tracking is an innate part of play.

“Players can join in Red Alert [a co-operative minigame ‘mission’ between friends] to save the space station or they can challenge each other to beat each other’s High scores,” wrote Mahan. “We also think it is the perfect place to get adults to reminisce about the old Math Blaster games that they grew up with and get them to engage in this game.”

If you have the same fond memories of Math Blaster floppy disks as I do, Mahan assures that nostalgia triggers abound in the current version. But as one might expect from a early development educational tool, Blaster on Facebook is designed for those in the grade school set.

“The game is an all ages experience especially if you are one of the adults that grew up playing Math Blaster,” Mahan wrote. “However the educational content is still targeted at the younger crowd. This is a great game where a parent can play with their child and the child can learn with age-appropriate educational content.”

You can always learn through play 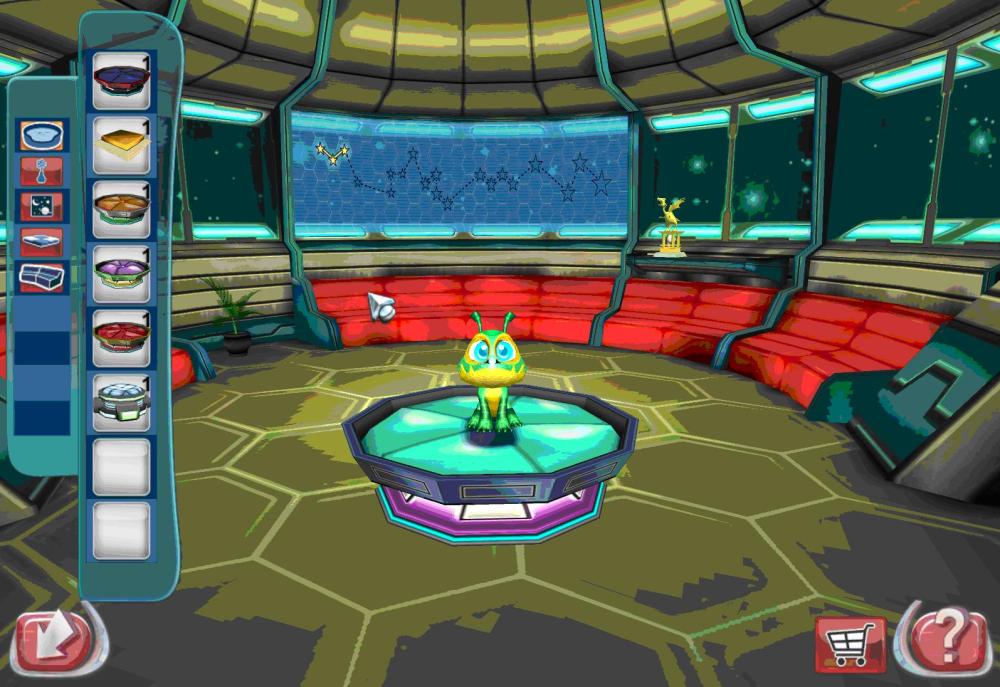 Above: Players can raise Monster Mutts, in-game pets, in this latest version of Math Blaster.

But that doesn’t make Math Blasters! — or educational games like it — dull. A balance between intellectually engaging and viscerally entertaining is possible, Mahan assures. We are seeing that balance struck more and more in interactive entertainment, and not just in the edutainment sector.

“There are many games that are fun and you learn something while playing them,” wrote Mahan. “Two examples are the mobile game Valiant Hearts, which is about [World War I], and our own School of Dragons, which covers science content. Both the games expose the player to educational content while engaging them in fun game play and story. So maybe the edutainment word is a bit tired, but I think learning games are alive and well for the foreseeable future!”

Games don’t stay the same for long on social media, and Mahan promises Math Blasters won’t be the exception. Both the immediate and distant future need to be a consideration if you offer a “membership enrollment” option through in-app micro-transaction (those that enroll pay monthly, yearly, or as a single lump payment for a greater variety of games and avatar/character options.) Even without subscribing, there appears to be a lot on the way to make this latest trip to space a “game as a service.”

“We are looking to add in more Facebook features and make the game more social,” Mahan wrote. “We will also be rolling out education content and games as quickly as possible to keep the game alive and changing.”

Times change, but Math Blasters is forever. At least that’s the hope of JumpStart with their optimizing of the classic edutainment formula for the social media generation. Learning math is never fun, and the current educational environment is often no help to struggling students that need this information the most. Maybe inviting your friends to help save your space ship will work where multiplication tables and graph paper won’t.