Mark Pincus has taken his ball back from Don Mattrick, and the market isn’t too thrilled about it.

Zynga waited until the closing bell rang on Wall Street today before announcing that it was replacing Mattrick with Pincus, but that hasn’t stopped traders from pummeling the stock in after-hours trading. Zynga’s share price is now $2.60, which is down 10 percent from its close of $2.90. That is down from a high of $5.58 under Mattrick, which the company hit in March 2014 after launching a revamped version of its Zynga Poker game. It’s also way down from its all-time high of $14.69, which it hit a few months after its initial public offering in March 2012. 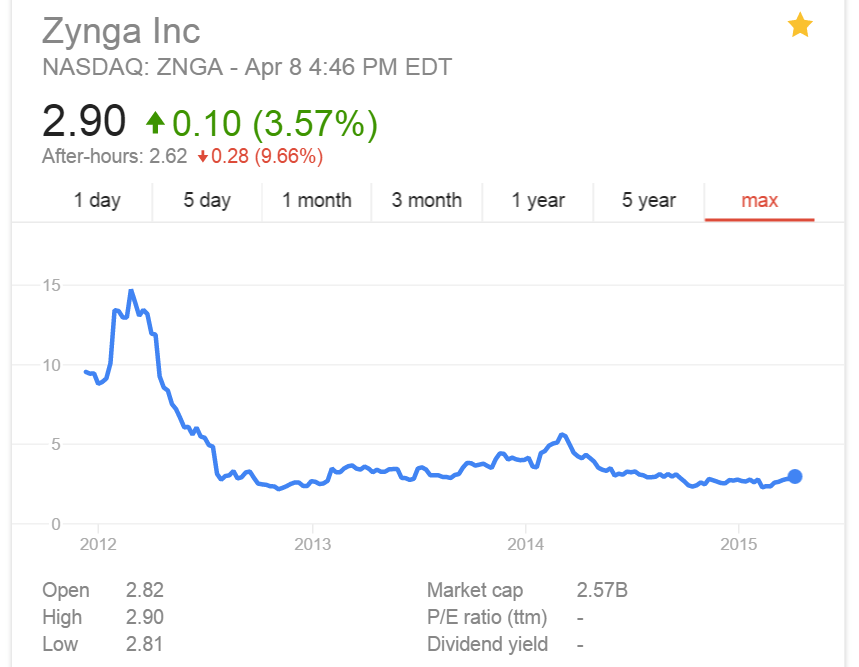 While Zynga’s stock spiked under Mattrick, it has since dropped and held steady around the high $2 range. While players were initially excited about the aforementioned update to Zynga Poker, that game eventually imploded when gamers found they hated the new version. This forced Mattrick and Zynga to release a “classic” version of Zynga Poker, which has since split the market for the company. With that game making up more than quarter of the publisher’s earnings, the company has struggled to improve its financial situation.

You can read more about what went wrong under Mattrick in our in-depth story here.

Now back under Pincus, Zynga will continue to try to break into mobile, which is something it has failed at continuously. And that’s likely why the market is responding so negatively to today’s news. While none of Mattrick’s policies had yet to pay off, the company wasn’t doing any better when Pincus was in charge.