Some interesting news for Xbox One users today — Microsoft has announced the launch of a new tuner that will bring over-the-air (OTA) TV broadcasts to the home game console in North America.

While Xbox gamers already had access to both live and on-demand content through the likes of Netflix, YouTube, HBO Go, and Comedy Central, support for OTA basically brings Fox, CBS, NBC, PBS, and other non-cable broadcasters to the box. The full list of available OTA channels will, of course, depend on your area, and you will have to have an antenna to pick up the broadcasts in the first instance. 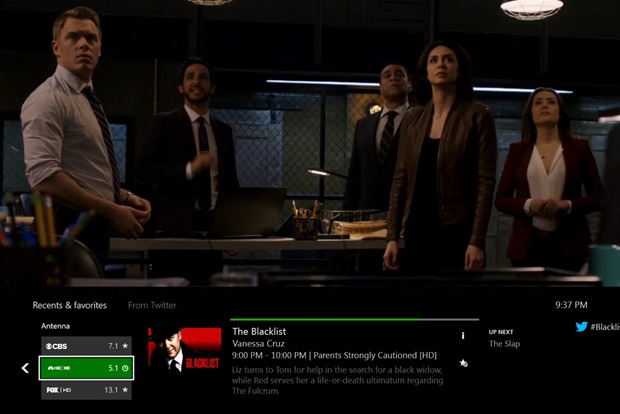 Microsoft has teamed up with OTA technology provider Hauppauge for the launch, in a move that will likely please many — the Xbox maker says OTA is one of the most requested Live TV features.

From today, those on the Xbox One preview program the U.S and Canada can buy the $80 USB-connected Hauppauge WinTV-955Q tuner, though Microsoft says that company will develop one specifically for the Xbox One for $60 — no release date has been given for that.

This also means you can peruse the channels using the Xbox’s own channel browser without messing around with cables, while those with Kinect can also change channels with their voice.

This move mirrors a similar launch in Europe last year, which saw a $40 tuner hit the market for OTA broadcasts. This was perhaps a bigger deal from a European perspective, given that many countries such as the U.K. still predominantly use OTA broadcasts rather than cable.