Apple released the latest update to iOS today — iOS 8.3 — and one of the main feature upgrades is the addition of hundreds of new emoji icons.

Oddly, some of these new emojis turn into alien icons when sent to devices running earlier versions of iOS.

Note the black boxes on the right-hand screenshot below: 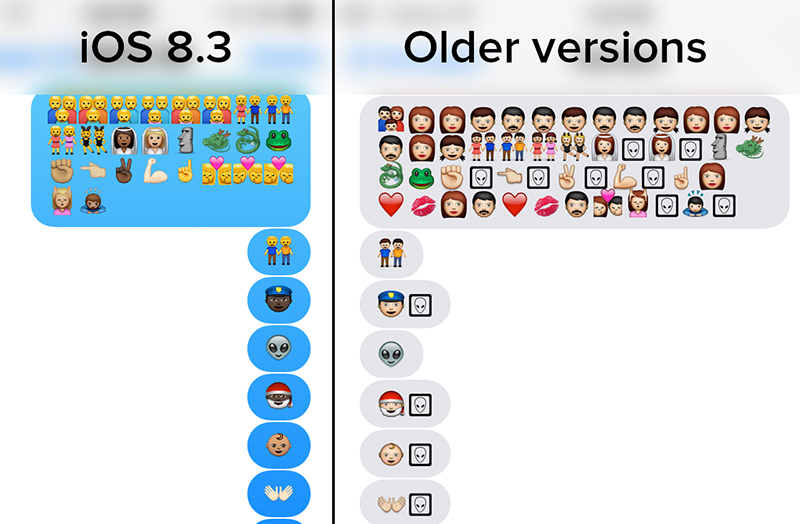 Thankfully, the new iOS update had some more serious business to attend to.

It offers improved performance, a new keyboard design, and a bunch of bug fixes. It’s available right now as an over-the-air upgrade.

The emojis of human faces now come with a pop-up bar that lets you set the skin tone of each one. There are also several new flag icons and updated phone, computer, and Apple Watch, iMac, and iPhone emojis.

The emojis are reorganized so it’s easier to scroll through them and find the one you want.

Other update highlights include: