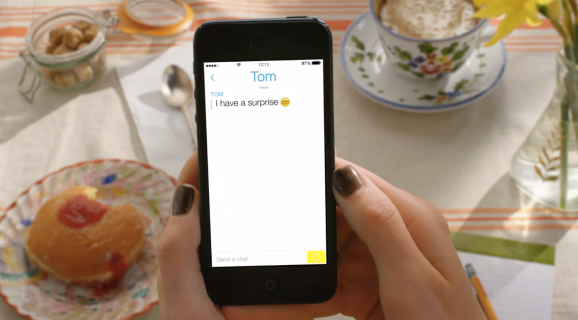 Snapchat, that well-funded Los Angeles startup providing a popular ephemeral-mobile-messaging app, has been slowly developing a research arm to run sophisticated algorithms on user data like images and videos, VentureBeat has learned.

“They’ll be doing deep learning analysis for images and eventually video (the latter, initially, probably just frame by frame rather than taking into account the full temporal nature of the visual data, and the audio stream),” the source told VentureBeat in an email.

A Snapchat spokeswoman declined to comment for this article.

Snapchat is part of a small but growing circle of companies that are looking to improve their applications or internal applications with deep learning. Music-streaming companies like Pandora and Spotify have explored it. And bigger tech companies, like Facebook, Google, Microsoft, PayPal, and Twitter, have also been building up their deep learning talent pools, sometimes through acquisitions.

Making inferences with deep learning — which involves ingesting lots of data to train systems, called artificial neural networks, and then feeding new data to those trained systems to receive predictions in response — is complex. Google and Facebook, among others, have been making inroads lately, as has startup Clarifai.

Snapchat, for its part, in February hired a new head of research, Jia Li, who was formerly a senior research scientist at Yahoo. It also appointed former Google software engineer Wenze Hu as a research scientist. Both Li and Hu are skilled in computer vision, according to their LinkedIn profiles.

A source familiar with the matter told VentureBeat that a few months ago the company was seeking senior data people to hire. Currently the company is advertising openings for a research scientist, a research engineer, and an engineer for special projects.

“We’re looking for people who would like to be the foundation of our research team as we continue to grow,” the company says at the bottom of the job descriptions. “Come join us in shaping the way people use technology to communicate!”

Snapchat started in 2011. The company reportedly has a user base more than 100-million strong. The company in February was said to be raising as much as $500 million at a valuation between $16 billion and $19 billion.