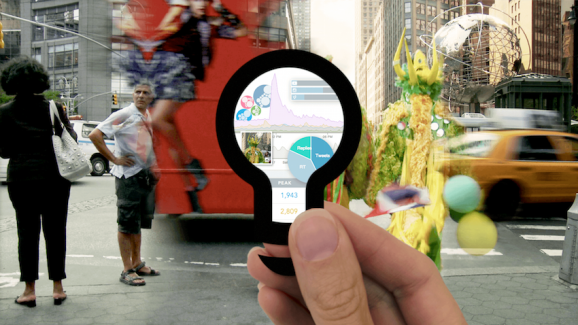 Spredfast is boosting its intelligence.

Or, rather, its Intelligence.

That’s the newly shortened name of the social marketing platform‘s previous Spark/Intelligence social search tool, being relaunched today with new abilities to see the past and predict the future.

Social data analysis is powerful but complex. Customers of social media listening and analytics tools, product marketing manager Miguel Fernandez told me, have been complaining that “only one in ten of my employees can create a query” for social data. Analysis, he added, was “difficult, slow, costly, and passive,” the latter meaning it didn’t immediately offer any useful conclusions.

To address these issues, Spredfast has now added a simplified interface, plus such abilities as searching historical data and, in the same view, predicting the expected volumes of social posts based on trends. There’s also now access to Tumblr historical data and to trends and predictions for Facebook, complementing the previous Twitter-only sourcing.

This means, chief product officer Manish Mehta said, Intelligence now has the “ability to combine what happened, what’s happening, and what’s going to happen” in one view. This unified display is a differentiator from other platforms, according to the company.

That may sound run-of-the-mill, but comparisons between social moments in time allow marketers to understand differences in campaigns’ results.

Seeing the past — up to 13 months back — offers the ability to relive in real time the social posts during the NCAA Championship, for instance, so as to assess the arc of your brand’s mentions. 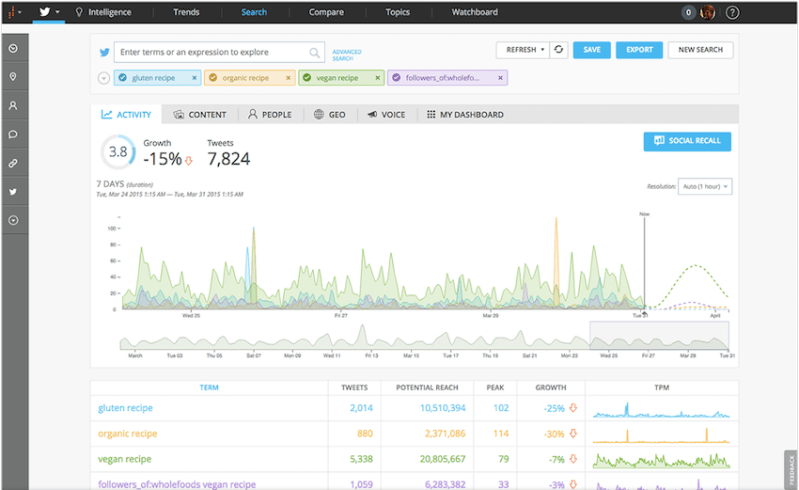 Above: A screen in the new Intelligence, predicting future social post volume

In the present, Intelligence can now drill down into demographics like the gender of users when known, or can show a geographic view of the top terms in a location.

Those were useful to coupon provider RetailMeNot.com, Fernandez said, when that company was able to see people who were engaging with their brand in real time during an Austin, Texas event they were sponsoring. They were able to readjust their social strategy on the spot.

As for the future, let’s just say that marketers who don’t predict the future these days are condemned to live behind the curve.